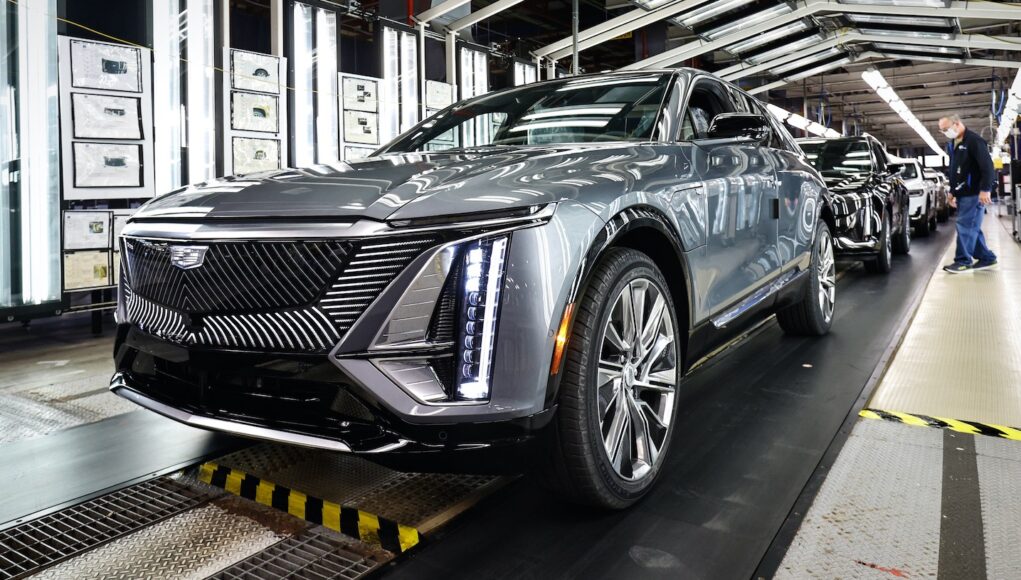 General Motors has announced that production of the 2023 Cadillac Lyriq electric crossover has started at its Spring Hill, Tennessee, plant. Last October, GM announced a $2 billion investment in Spring Hill Assembly to build the Lyriq, which also builds the Cadillac XT5, XT6, and GMC Acadia.

“The Cadillac Lyriq sets the standard for the future of Cadillac and marks another major milestone in GM’s commitment to an all-electric future,” stated GM President Mark Reuss. “This is a monumental day for the entire GM team. We retooled Spring Hill Assembly with the best, most advanced technology in the world and the team worked tirelessly to complete the preparations nine months ahead of the original schedule.”