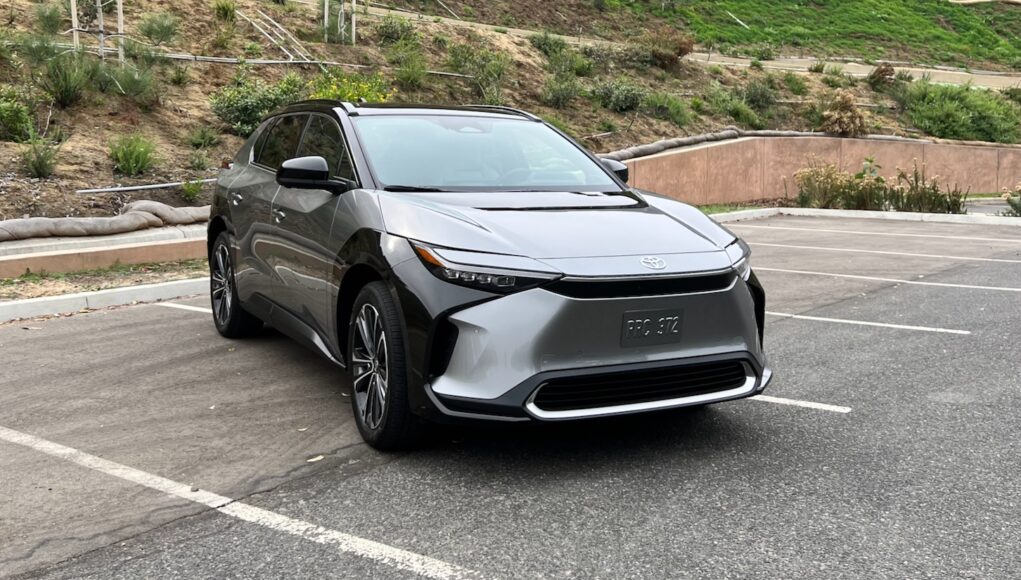 Toyota is about to get back into the electric game with the arrival of the 2023 Toyota bZ4X electric crossover. Today Toyota took the wraps off the production version of the bZ4X, which is scheduled to arrive in the US in mid-2022.

If you liked the concept version, you shouldn’t have any issues with the production version of the bZ4X, since they are nearly identical. The bZ4X is about the same size as the RAV4, so it’s the perfect alternative to Toyota’s best seller.

Toyota estimates that the front-wheel drive version will have a 250 mile range, which is on par with its rivals.

The bZ4X will also be available with a digital key that lets drivers lock, unlock and start the EV with their smartphone.

Lastly the bZ4X is just the first of seven EVs that Toyota is planning for the bZ (Beyond Zero) sub-brand. Toyota has not announced which EV it is planning to release after the bZ4X, but by 2025 Toyota plans to offer 70 electrified models globally, which includes 15 battery electric vehicles.