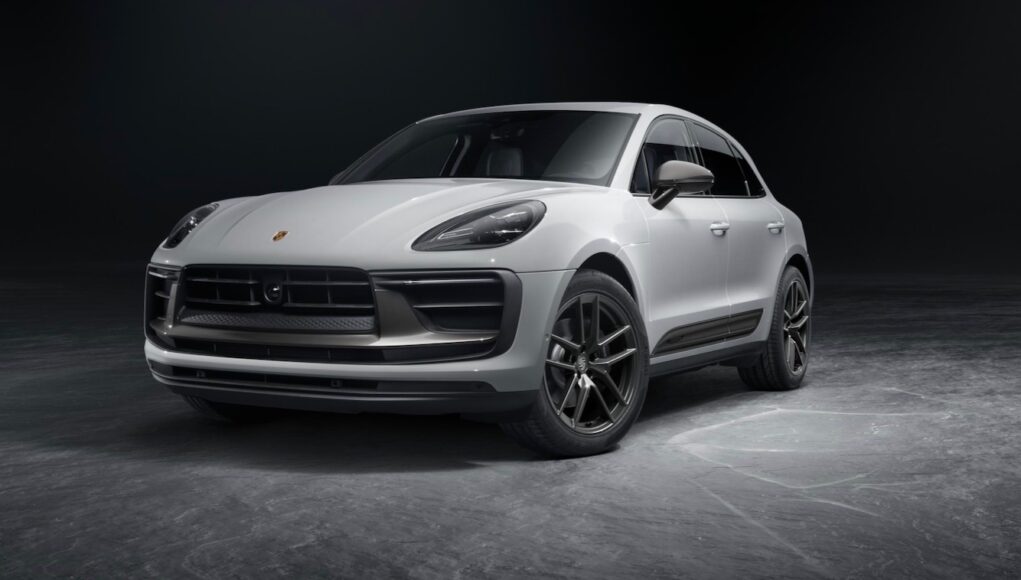 Up until now Porsche has only applied the “T” badge to the 911 and 718 models, but now we have our first four-door Porsche to get it. Porsche has unveiled the 2023 Macan T, which features some performance upgrades for the four-cylinder version.

The Macan T is powered by the same turbocharged 2.0-liter four-cylinder as the standard Macan, which means that it generates 261 horsepower and 295 pound-feet of torque. The Macan T doesn’t bring any extra power under the hood, but it will be more fun to drive than the standard Macan.

It comes standard with the Porsche Active Suspension Management system. If you add the adaptive air suspension, the Macan T also gets special anti-roll bars that are designed to decrease body roll and improve the overall handling. The Porsche Traction Management system has also been modified with special tuning that increases the power bias to the rear wheels. Lastly the Macan T is also available with the Porsche Torque Vectoring Plus system.

The Macan T also gets the Sport Chrono Package that gives the SUV a 0-60 mph time of 5.8 seconds.

It stands out with its Agate Gray Metallic trim and high gloss black tailpipes. Inside the seats feature a Sport-Tex Stripe pattern and silver stitching has been applied to the steering wheel, seats and headrests. It also gets a heated GT Sport steering wheel and door sills with “Macan T” logo embossed on them.

The Macan T will slot in below the Macan S in the lineup, but Porsche has not announced the pricing. Porsche says that it will be available to order in the spring.