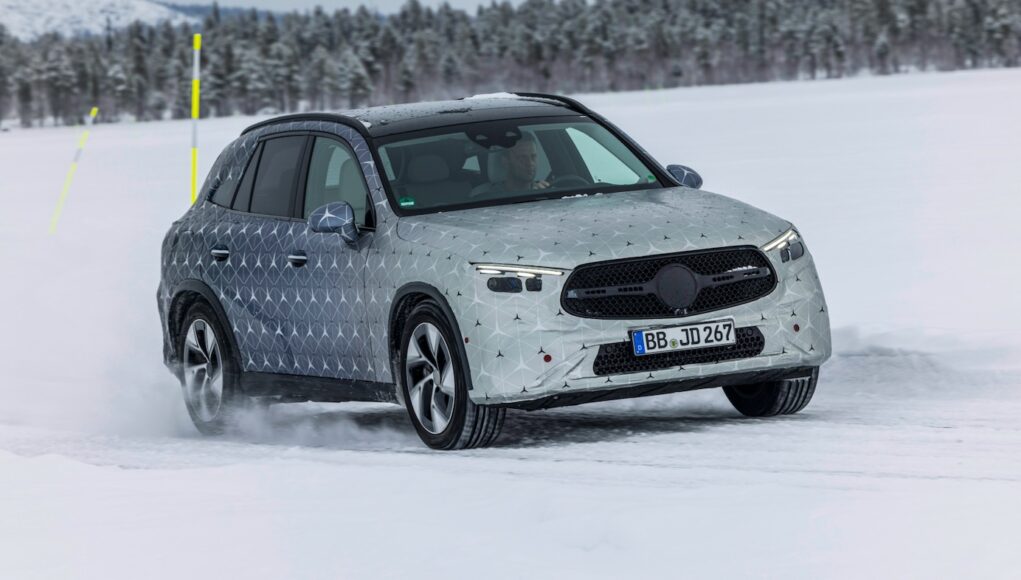 Mercedes-Benz is getting ready to introduce the next-generation 2023 GLC SUV and now it’s released a while batch of photos and some info about it. The photos you see here show the 2023 GLC undergoing its winter testing in Arjeplog, Sweden.

Although the 2023 GLC is still camouflaged in these photos, we can see that its exterior won’t be a dramatic styling departure from the current generation. Just like before it will be baed on the same platform as the C-Class. Under the hood, the 2023 GLC will be powered by a 2.0-liter four-cylinder engine that’s mated to a 48-volt mild hybrid system. The engine generates up to 255 horsepower and 295 pound-feet of torque. The starter-alternator for the mild-hybrid system is integrated into the transmission and generates 23 hp and 147 lb-ft.

We haven’t seen any photos of the interior, but Mercedes says that the new GLC will get a new three spoke steering with redesigned control panels. It also gets the second generation MBUX (Mercedes-Benz User Experience) infotainment system. There’s a 12.3-inch digital gauge cluster and a 11.9-inch infotainment display. One new tech feature is the optional transparent hood, which is part of the 360° camera. When the Off-Road drive mode is selected, the system shows the real view of the ground under the front end.