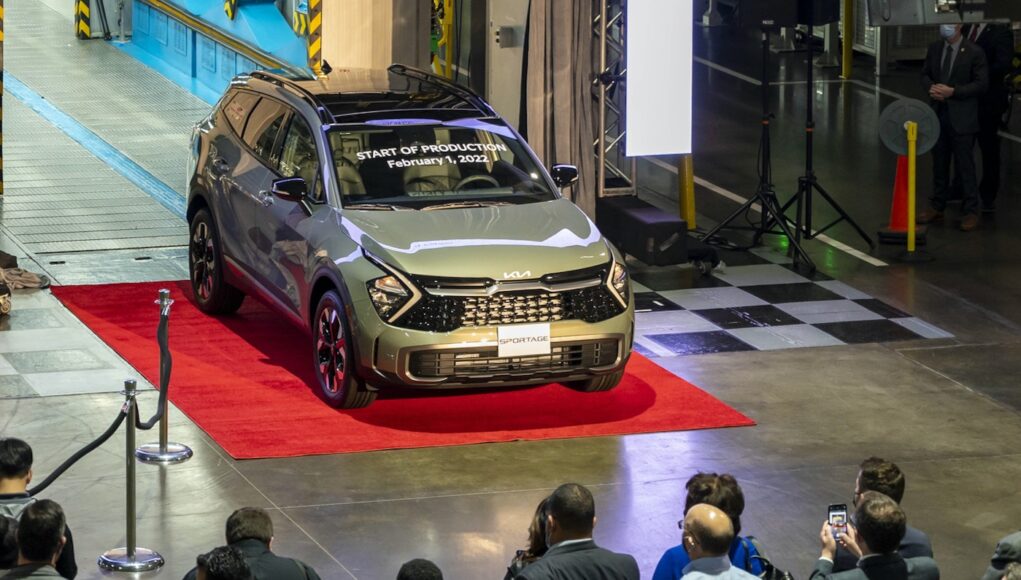 The next-generation 2023 Kia Sportage is almost here, since Kia has announced that production started this week at its plant in West Point, Georgia. The first 2023 Sportage to roll off the line was painted in Jungle Green with the X-Pro Prestige trim package. The Sportage is the fourth model built in Georgia, which includes the Telluride, Sorento and K5.

The 2023 Sportage is a lot different than its predecessor. It’s larger at 7.1-inches longer with a 3.4-inch longer wheelbase. The extended length gives it more rear legroom and cargo capacity than the previous Sportage. The base Sportage is powered by a 2.5-liter four-cylinder with 187 hp. The four-cylinder is mated to a new eight-speed automatic transmission. A turbo version is also expected. If you want a more fuel efficient version, there’s also the new Sportage hybrid with its 1.6-liter turbo and electric motor that generate a combined 226 hp. The Sportage hybrid is expected to have a 39 mpg combined rating.

Kia has not announced the pricing for the 2023 Sportage. It will arrive this spring.