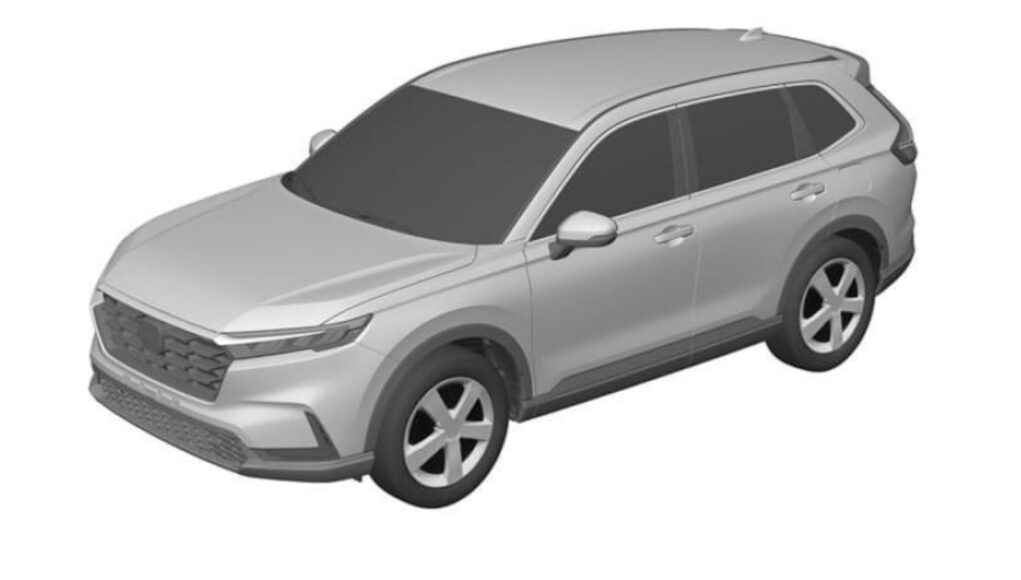 Honda has already dubbed 2023 as the “Year of the Crossover” since it plans to redo all three of its SUVs this year, the HR-V, CR-V and Pilot. Honda already released two teaser photos of the 2023 HR-V, but now we have our first look at the 2023 CR-V thanks to a leaked patent photo.

The leaked photo of the 2023 Honda CR-V was posted on Twitter by Cole Marzen and it reveals that the new CR-V will get an evolutionary design that isn’t a huge departure from the current model. At the front we see a more simplified face with a large grille that’s similar to the new HR-V and redesigned Passport. Just like the new Civic, the next-generation CR-V also gets a cleaner exterior.

Honda hasn’t made any announcements about the new CR-V, but it does appear that it will be a little longer than the current version. There are rumors that it could get a third row, but we’ll have to wait and see. Under the hood it’s also expected that there won’t be any big changes, which means that it will continue to offer the 1.5-liter four-cylinder and the 2.0-liter hybrid powertrain. Hopefully a plug-in hybrid is planned.