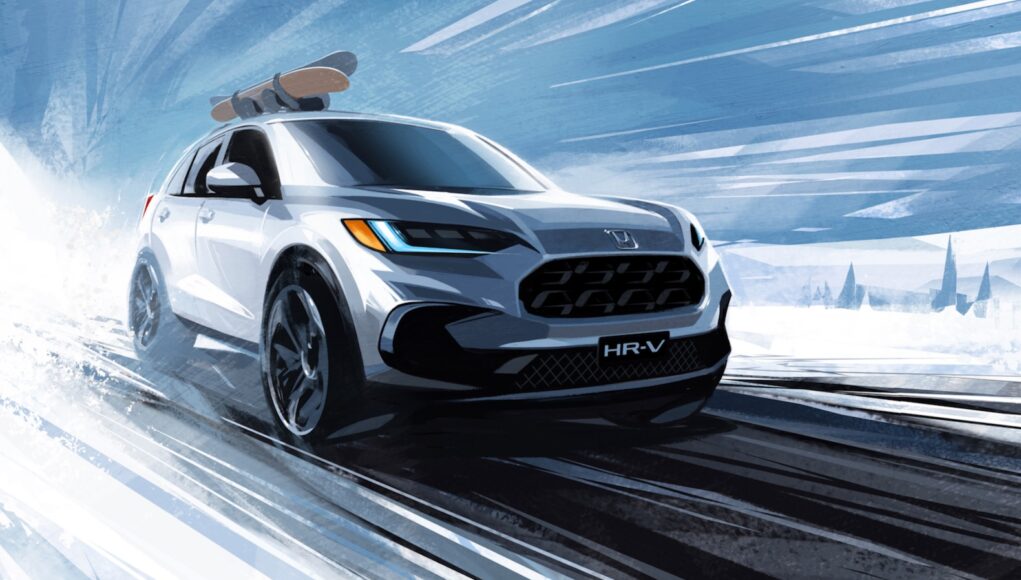 We’ve been wondering when Honda is going to unveil the 2023 HR-V, especially since other markets have already received the redesigned HR-V. The 2023 HR-V for North America is almost here, since Honda has released the first two teaser sketches of the small SUV.

From these two teaser sketches we can see that the new HR-V will be growing up a bit with its new sculpted body that looks more upscale than the current HR-V. At the front it also gets a large grille, which looks similar to the updated Passport.

Honda is calling this year as the “Year of the Crossover,” which hints at the fact that a new Pilot and CR-V are also around the corner. Honda hasn’t announced when the 2023 Honda HR-V will be revealed.