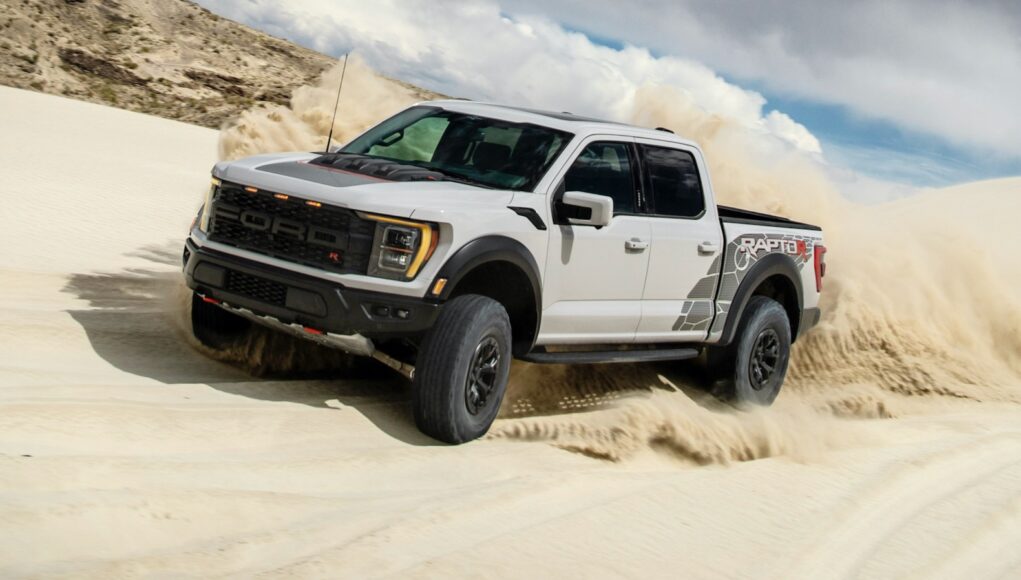 It’s finally here. Ford has unveiled a more hardcore version of the F-150 Raptor, the 2023 F-150 Raptor R. As expected, the Raptor R is powered by the same 5.2-liter supercharged V8 as the Mustang Shelby GT500.

With that beast of an engine under the hood, the Raptor R has 700 horsepower and 640 pound-feet of torque, which is just 2 horsepower and 10 lb-ft. shy of what you get with the Ram 1500 TRX. Although the engine largely carries over unchanged in the Raptor R, Ford did give it a few tweaks to give it more low- and mid-range torque. The V8 is mated to a 10-speed automatic transmission and standard four-wheel drive.

There are some other upgrades as well, like a larger oil pan, new oil cooler and a larger intake. The Raptor R also gets a larger aluminum driveshaft, a new front axle and an active exhaust system. The Raptor R is designed to take on anything you can throw at it thanks to its Fox Live Valve shocks and big coil springs. The Raptor R has 13 inches of wheel travel in the front and 14.1 inches in the rear. It has a 13.1 inches of ground clearance and rides on 37-inch tires.

In terms of styling there are a few changes, like the hood’s dome size has increased about an inch, while the grille, bumpers and fender flares are painted in black. There are also orange R badges on the grille, power dome and tailgate. Inside the Recaro seats are wrapped in black leather and Alcantara suede. Carbon fiber trim has also been added.

Production of the 2023 Ford F-150 Raptor R is scheduled to begin late this year, but Ford is already taking orders. The pricing for the Raptor R starts at $109,145. 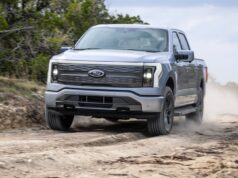 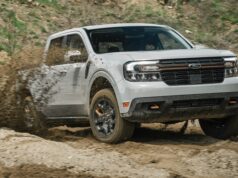