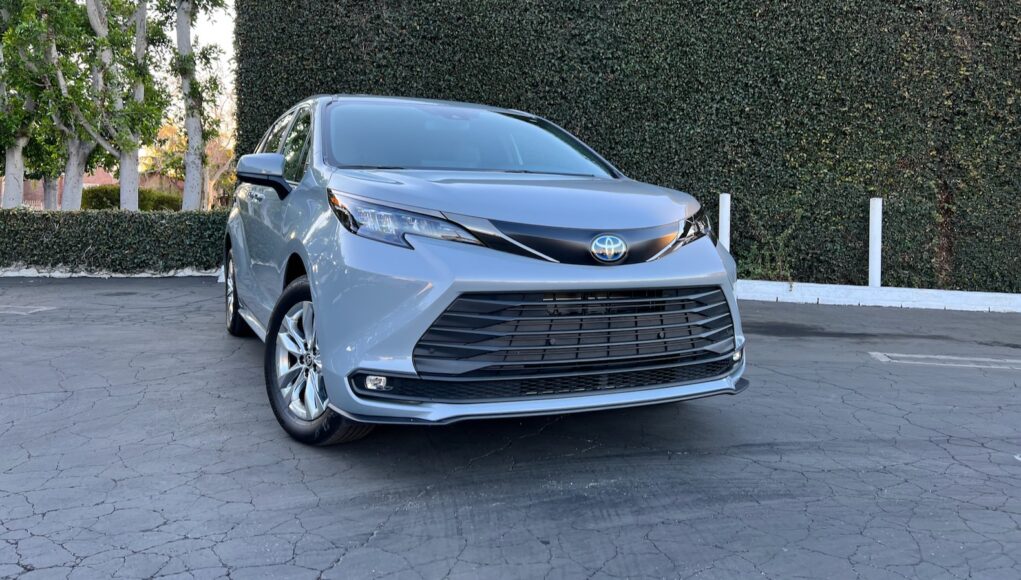 Minivans are great vehicles for families on the go, but if you want the added confidence of all-wheel drive, you’re most likely going to go with a three-row SUV. Well Toyota hopes that it can manage to win over some would be SUV buyers with the 2022 Sienna Woodland Edition. It comes standard with all-wheel drive and gets a few upgrades to make it slightly more rugged.

The Woodland Edition builds on the XLE trim level with standard AWD, an increased ground clearance, a tow-hitch rated to trailer 3,500 pounds, crossbars on the roof rails and different 18-inch alloy wheels. You probably won’t really notice the extra ground clearance, since it’s only 0.59-inches higher than the standard XLE at 6.9-inches. So if we’re hoping for a TRD Off-Road version of the Sienna, you’ll be a little disappointed here.

With all-wheel drive and a slightly higher ground clearance, the Sienna Woodland will easily tackle a dirt road, but don’t expect it to be able to crawl over obstacles like an SUV.

Inside the Woodland Edition gets black SofTex vinyl seats and it comes standard with the seven-seat configuration. There niceties like heated front seats, a wireless phone charger, a 1200-watt JBL sound system and second-row sunshades. To charge your accessories on the go, there’s a 120-volt power outlet in the cargo area. Since the Woodland is based on the XLE, there interior does have a lot of hard plastic. The upper trim levels get higher quality materials.

In front of the driver there’s a 4.2-inch digital display that looks dated, plus we can’t wait until the rest of the Toyota lineup gets the really good infotainment system that recently debuted in the new Tundra. The Sienna’s 9-inch touchscreen is a good size, but it’s slow and its graphics feel old. Wireless Apple CarPlay and Android Auto would also be nice, but sadly the Sienna doesn’t offer it.

Under the hood there’s the same 2.5-liter four-cylinder hybrid powertrain with two electric motors at the front and one at the rear. The system generates a combined 243 horsepower, which is more than enough power to get the minivan moving around town easily. Merging onto a highway, the hybrid powertrain loses steam fast. We do hope that Toyota will eventually release a plug-in hybrid Sienna Prime, which would be the perfect alternative to the Chrysler Pacifica PHEV.

The good news is that on the road, the Sienna Woodland feels just like the standard version. The extra ground clearance doesn’t hurt the driving experience. Accelerating around town is easy thanks to the low end torque from the electric motors. At higher speeds body roll is kept in check and the overall experience feels a bit more engaging than you’d probably expect from an SUV, but we’d never call the Sienna sporty. If you want a sportier driving experience, you’ll want to check out the Honda Odyssey.

The Sienna Woodland is only available in two colors: Midnight Black Metallic or Cement. Its pricing starts at $46,565.

At the end of the idea, the Sienna Woodland seems like a more rugged minivan, but with only a minimal increase in ground clearance, the Woodland version doesn’t have much more capability over a standard AWD Sienna. Although we do wish it had a few more additions to make it more capable once the road ends, the Sienna Woodland Edition does make it a bit more rugged to help it traverse a muddy trail. But at the end of the day it succeeds as a great alternative to a three-row crossover, which also likely will never need to tackle anything more treacherous than a mud covered driveway.