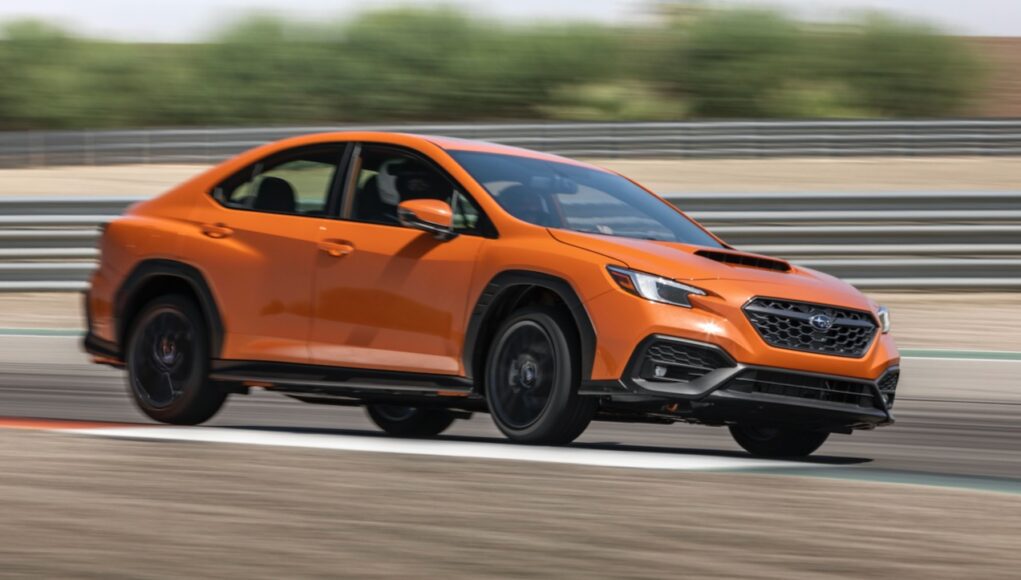 The 2022 Subaru WRX is finally here. The news we’ve been waiting to hear is what will power the new WRX and now we know that it’s powered by a turbocharged 2.4-liter four-cylinder boxer engine with 271 horsepower.

The four-cylinder only gets a small horsepower increase over the last WRX that had 268 hp, but it does have 258 pound-feet of torque that Subaru says has a better torque curve thanks to the extra displacement. The four-cylinder can be mated to either a six-speed manual transmission or a new Subaru Performance Transmission (SPT), which is a CVT with an an 8-speed manual mode. Subaru says that the new transmission has 30 percent faster upshifts and 50 percent faster downshifts than the last CVT.

The fifth-generation WRX is now longer and wider than its predecessor and it’s now based on the Subaru Global Platform. The new chassis is now 28 percent stiffer than before. It’s bigger fenders also give it a more muscular look than the Impreza and at the rear the new taillights look quite similar to the new BRZ. At the front the hood scoop is still there, but now there’s new functional vents behind the front wheel arches.

If you opt for the SPT, instead of the manual transmission, you get Subaru’s EyeSight driver assist technology. The latest system has a wider field of view and updated software. The system also now includes lane centering and adaptive cruise control. Sadly the full suite of driver assistance technologies is not available if you opt for the manual.

The 2022 Subaru WRX also gets a new GT trim with electronically controlled dampers, Recaro seats, and 18-inch wheels. The only sad part is that the GT is only available with the CVT.

Subaru says that the 2022 WRX will arrive early next year, but we don’t have the pricing yet.