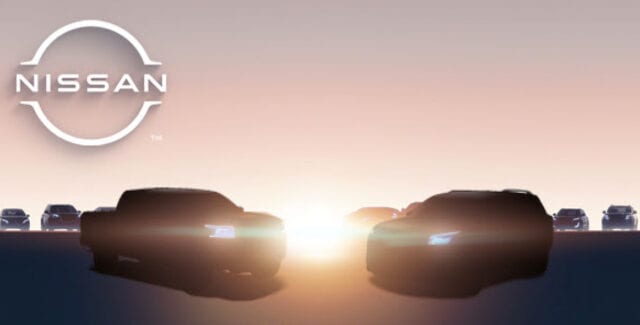 Nissan has announced that it will reveal the 2022 Frontier and Pathfinder on February 4.

With the announcement we also have a teaser of the new Frontier and Pathfinder. As of right now we don’t have any big details about both models. We do know that the Frontier will be powered by a new 3.8-liter V6, which was introduced in the 2020 Frontier.

We expect the next-generation Pathfinder to be based on a unibody platform that will be shared with the Altima and Maxima. There have been rumors about a new nine-speed automatic transmission, which could replace the current CVT. There’s also a chance that it will get the 2.0-liter turbocharged four-cylinder that’s offered in the Altima.

The 2022 Nissan Frontier and Pathfinder will debut on February 4 at 1:00 EST.