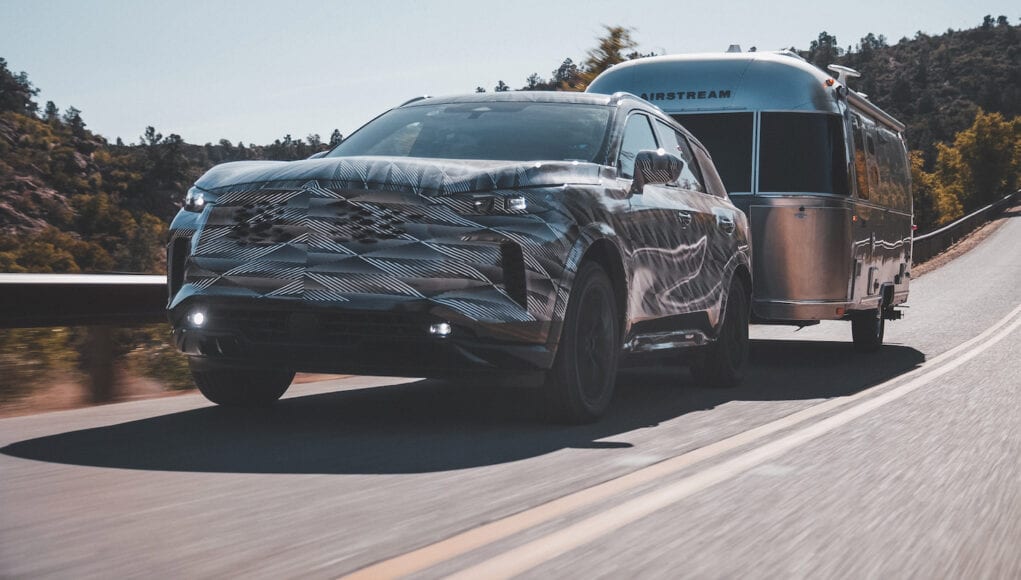 Infiniti has released the next teaser info about the 2022 QX60, which is going to arrive later this year. Previously Infiniti announced that it will be powered by a3.5-liter V6, that’s mated to a new 9-speed automatic transmission and now we are hearing about its towing capability.

Infiniti has announced that the new QX60 will be able to tow up to 6,000 pounds, which is a 20% increase over its predecessor. That’s enough to be able to tow a 22-foot Airstream trailer.

Select versions of the new QX60 will be able to tow 6,000 pounds thanks to an uprated transmission oil cooler, integrated hitch receiver, trailer-tuned stability programming, and dedicated prewiring harnesses.