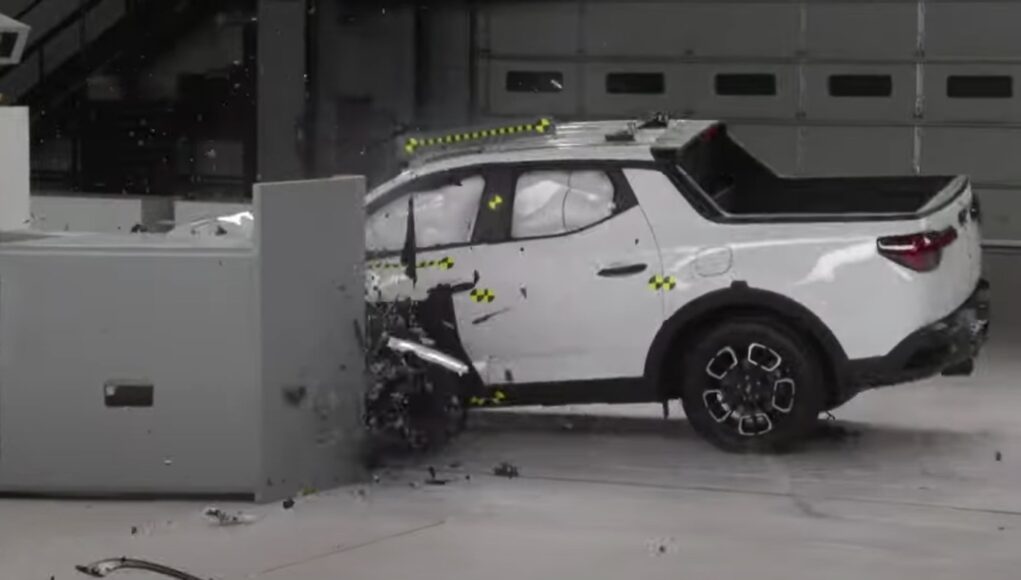 The Insurance Institute for Highway Safety (IIHS) has announced that that the 2022 Hyundai Santa Cruz has earned its second highest safety rating, Top Safety Pick, when it’s equipped with certain headlights.

The Santa Cruz earned the good rating in all six tests and both of its standard and optional front crash prevention systems earned a superior rating. The reason that the Santa Cruz did not earn the higher Top Safety Pick+ rating is due to its headlights.