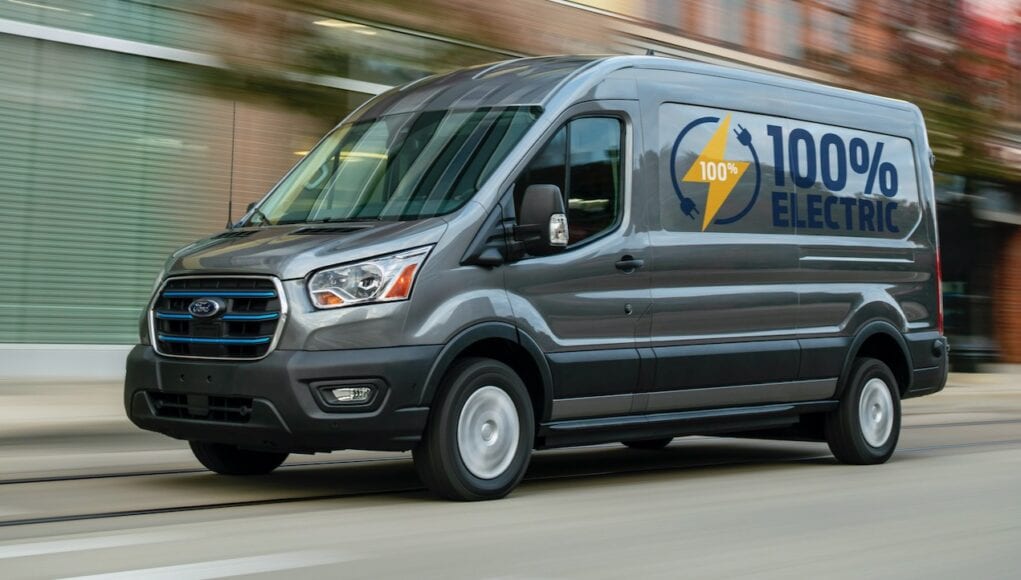 Ford has announced the pricing for the 2022 E-Transit full size electric van, which starts at $43,295. Ford has also launched a registration site for the E-Transit (Fleet.Ford.com) for hand-raisers to register their interest in the new EV.

The E-Transit is available in eight configurations, including cargo van with three roof heights and three lengths, plus chassis cab and cutaway models. Pricing ranges from $43,295 for the cutaway to $52,690 for the high-roof extended-wheelbase cargo van. 40 percent of the interest has been for the high-roof vans, with 60 percent pointing to medium-roof, low-roof, cutaway and chassis cab versions.

Ford says that it has already received interest from more than 450 commercial customers in North America.

The low-roof E-Transit cargo van has a targeted driving range of 126 miles, which is more than enough range based on 30 million miles of customer telematics data that shows that the average commercial van drives 74 miles per day.

The 2022 Ford E-Transit will be available later this year.