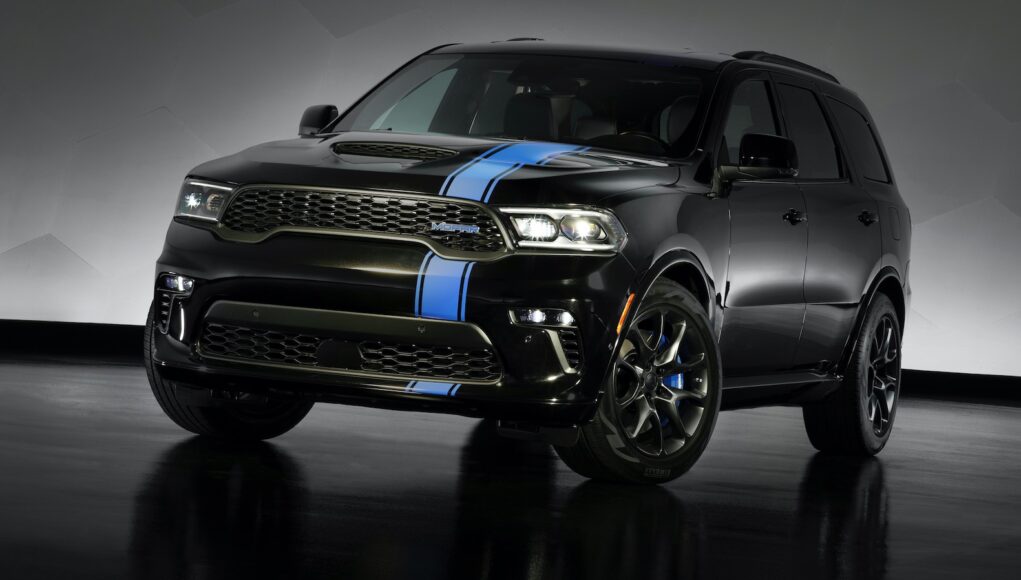 Stellantis’ Mopar division is celebrating its 85th anniversary and to celebrate the occasion we have a special Mopar ’22 Dodge Durango. The special Dodge Durango is debuting this week at the SEMA Show in Las Vegas.

Inside the seats are wrapped in leather and suede with Mopar Blue accent stitching throughout the interior. The Mopar logo is embroidered on the seatbacks and there’s a special emblem on the instrument panel. The interior also gets all-weather floor mats and a pedal accent kit.

Under the hood the Mopar Durango is powered by a 5.7-liter V8 with 360 horsepower that’s mated to an eight-speed automatic transmission. The Tow N Go Package gives it a 8,700 pound tow rating and it also gets an electronic limited-slip differential and an SRT active damping suspension.

Dodge will start taking orders for the Mopar Durango in the first quarter of 2022 and the first units will arrive in summer 2022. If you want one you will need to act fast, since only 250 units will be built. The package adds $3,995 to the price of the Durango R/T AWD with the Plus Group and Tow N Go package.