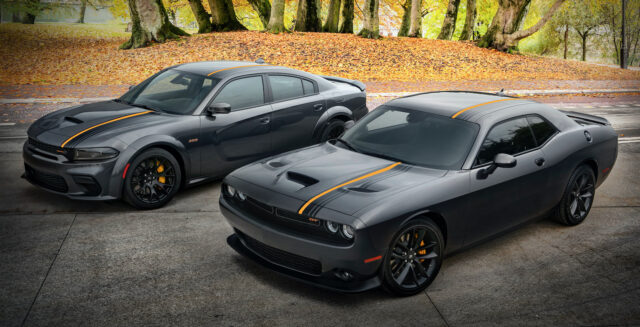 Halloween is just a few days away and Dodge has revealed two new trims for the 2022 Dodge Charger and Challenger – the Hemi Orange and Black appearance packages.

The SRT Black package adds blacked-out exterior badging and accents and lists for $695.