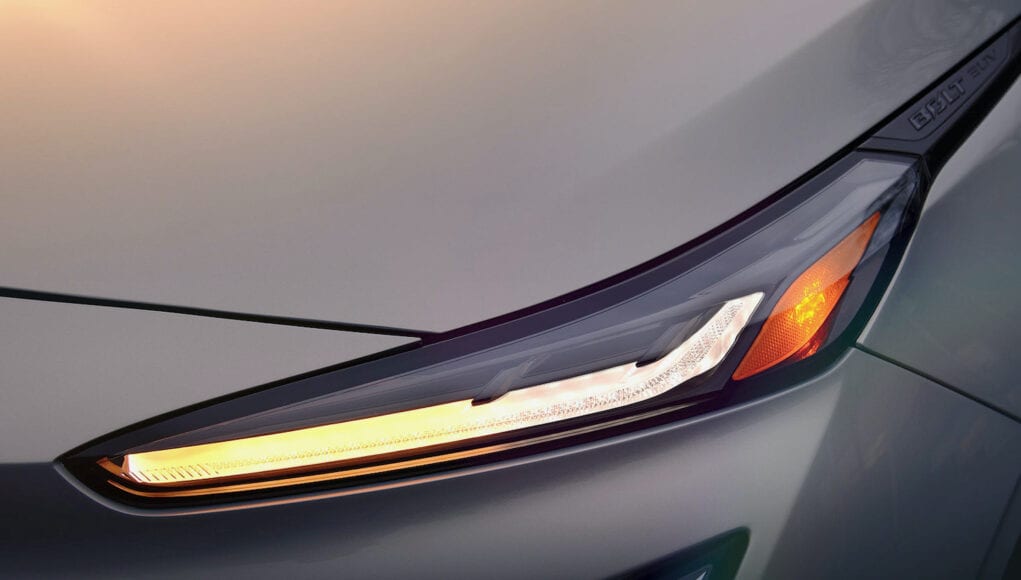 Chevy has released a new teaser of the 2022 Bolt EUV (electric utility vehicle), which is slated to enter production in summer 2021. This latest teaser gives us a preview of the Bolt EUV’s face, including its sequential LED turn signals.

We still have to wait until a later date to see the full design of the Bolt EUV, but it’s expected to look like a larger Bolt EUV. It will also be the first Chevy to get GM’s Super Cruise hands-free driving system.

The Bolt EUV will also arrive with a refreshed Bolt EV.