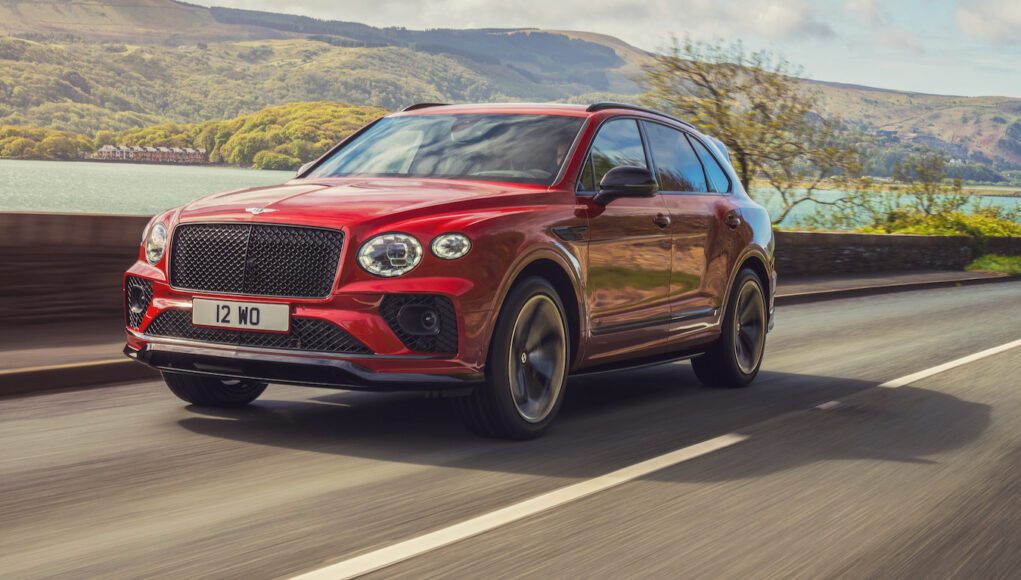 Bentley has unveiled the 2022 Bentayga S, the latest addition to the Bentayga lineup. As its name suggests, the Bentayga S is a sportier version of the V8 version with an upgraded suspension and some styling updates.

The biggest addition is a unique sport suspension. The updates also include 15 percent additional damping stiffness, while the Bentley Dynamic Ride active anti-roll control is standard and an enhanced Sports chassis mode. The Torque Vectoring by Brake system has been recalibrated to make the Bentayga S even more responsive. Lastly a new sports exhaust has been added.

To help it stand out, the Bentayga S gets unique 22-inch wheels, a larger rear spoiler, black accents and dark tinted lights. Inside the seats have unique stitching and there are S badges placed throughout the interior. The Bentayga S will be available in four-, five- or seven-seat versions.

Bentley has not announced the pricing for the 2022 Bentayga S, but deliveries will start in October.