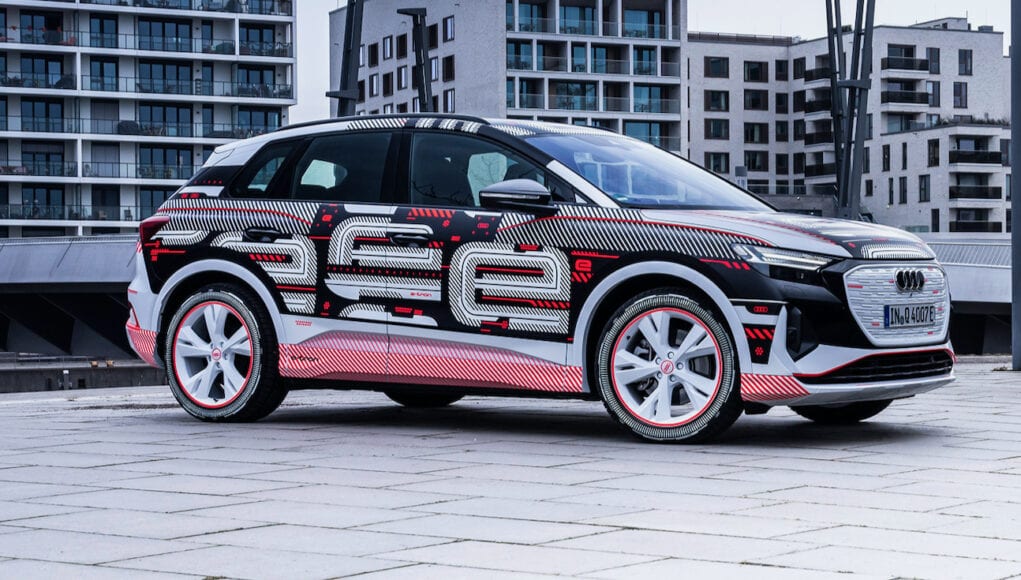 The wait is almost over. Audi has announced that it will reveal the 2022 Audi Q4 e-tron and Q4 e-tron Sportback electric crossovers on April 14.

Audi’s new electric crossovers will debut at 7:00 pm CEST. The Q4 e-tron was previewed as a concept and we don’t expect a huge styling difference on the production version. Just like the e-tron, the Q4 e-tron features a conventional SUV roofline, while the Q4 e-tron Sportback gets a more coupe-like profile.

Audi hasn’t announced the specs for the Q4 e-tron family, but the most recent Sportback concept was powered by two electric motors that generated a combined 302 horsepower. On the WLTP cycle it had a driving range over 280 miles, while a rear-wheel drive version had a range over 311 miles. We’ll have to wait and see how close the production versions are compared to the concept.

Inside Audi has already confirmed the Q4 e-tron will feature a 10.25-inch digital instrument cluster and either a 10.1- or 11.6-inch infotainment system.