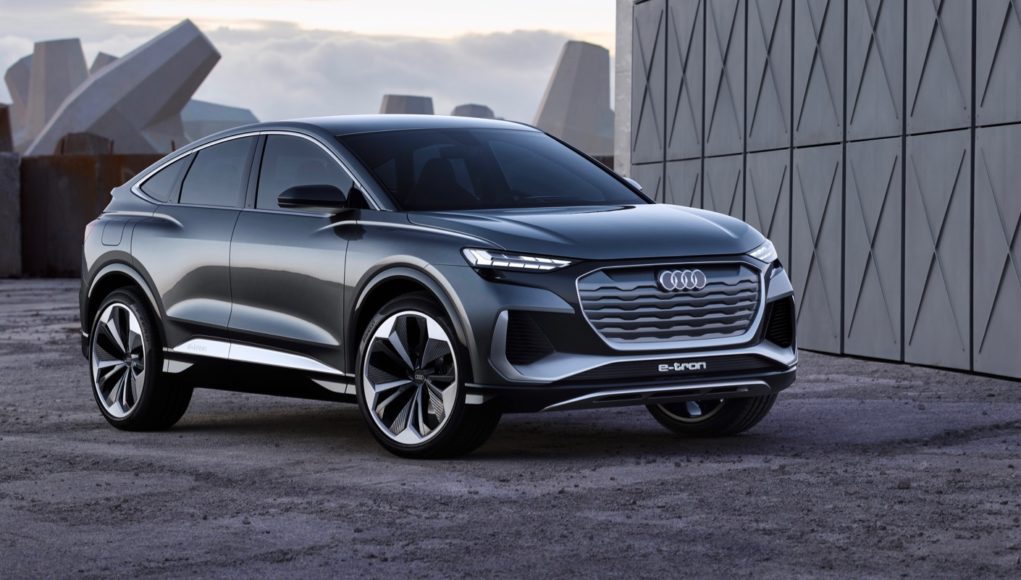 Right now Audi’s electric lineup is just getting started with the e-tron and e-tron Sportback models, but Audi is planning to introduce at 20 EVs by 2025. Last year Audi previewed its upcoming compact electric SUV with the Q4 e-tron concept and now Audi has confirmed a coupe version is in the works and today we have a preview of it with the debut of the Q4 Sportback e-tron concept.

The Q4 Sportback e-tron is powered by two electric motors that generate a combined 302 horsepower (225kW) that power all four wheels. That’s enough power to give the compact SUV a 0-62 mph time of 6.3 seconds and an electronically limited top speed of 112 mph.

Thanks to a 82 kWh battery pack, the Q4 Sportback e-tron concept has a driving range over 280 miles on Europe’s WLTP cycle, but version’s with only rear-wheel drive will have a 311 mile driving range.

Luckily we won’t have to wait too long to see the production version of the Q4 Sportback e-tron concept, since Audi says that it’s going to arrive in 2021.