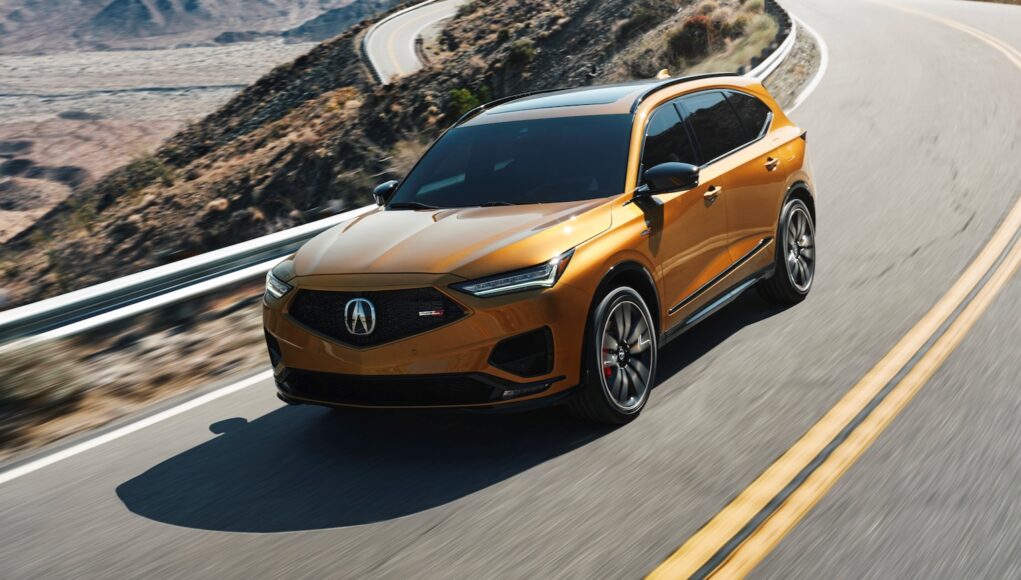 We’ve been eagerly awaiting the arrival of the 2022 Acura MDX Type S and now Acura has announced that the first-ever MDX Type S will arrive in December. Acura has also revealed that its pricing will start in the “high-$60,000 range.”

The MDX Type S is powered by the same turbocharged 3.0-liter V6 as the TLX Type S with 355 horsepower and 354 pound-feet of torque. It also gets standard torque vectoring Super Handling All-Wheel Drive and an Adaptive Damper System paired with an air suspension. Brembo front brakes keep everything under control and the MDX Type S rides on big 21-inch wheels with performance tires.

The MDX Type S also stands out from the rest of the MDX lineup with its two round exhaust outlets on each side of the rear bumper, Shark Gray or Berlina Black wheels, a flat bottom steering wheel, Milano leather seats and a 1000-watt 25 speaker audio system.