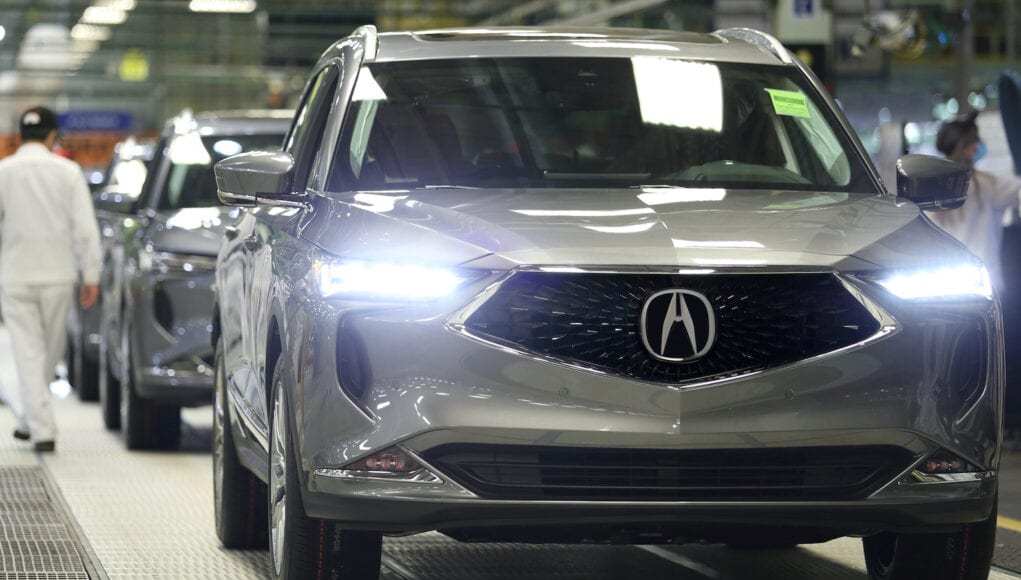 Acura has announced that production of the 2022 MDX has kicked off ahead of its arrival at dealerships on February 2.

Acura also recently announced that the pricing for the 2022 MDX starts at $47,925. The new MDX is now larger than its predecessor, at 2.2-inches longer, 1.0-inch wider, and 0.6-inches taller. It’s also based on a new platform.

Under the hood the standard MDX is powered by a 3.5-liter V6 with 290 horsepower and 267 pound-feet of torque that’s mated to a 10-speed automatic transmission. The rear-biased Super Handling All-Wheel Drive system is optional.