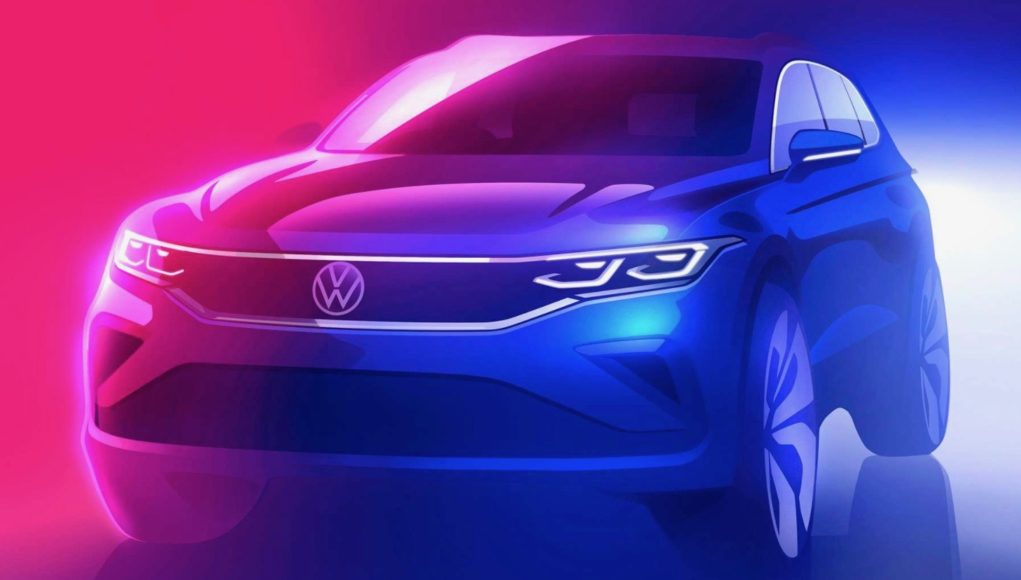 We’ve known for a while now that the 2021 Volkswagen Tiguan is getting a facelift and we’ve even seen a few leaked photos. Now VW has released the first teaser photo of the refreshed 2021 Tiguan.

The teaser photo reveals that the 2021 VW Tiguan is getting a pretty extensive update at the front with new headlights, a restyled grille and a new bumper. Overall the Tiguan’s new face brings it more inline with the larger Atlas Cross Sport and the refreshed 2021 Atlas. At the rear the 2021 Tiguan will also get restyled taillights.

Inside the 2021 Tiguan is going to get a new infotainment system, called MIB III, which will feature over-the-air software updates. A new steering wheel is expected, plus some other smaller changes, like upgraded materials.

VW hasn’t confirmed if there will be any big updates under the hood other than the fact that a Tiguan plug-in hybrid is going to be offered in Europe.

The 2021 VW Tiguan is expected to debut this summer and should arrive in showrooms by the end of the year in Europe. Here in the US it looks like we won’t get the updated Tiguan until sometime next year for the 2022 model year.