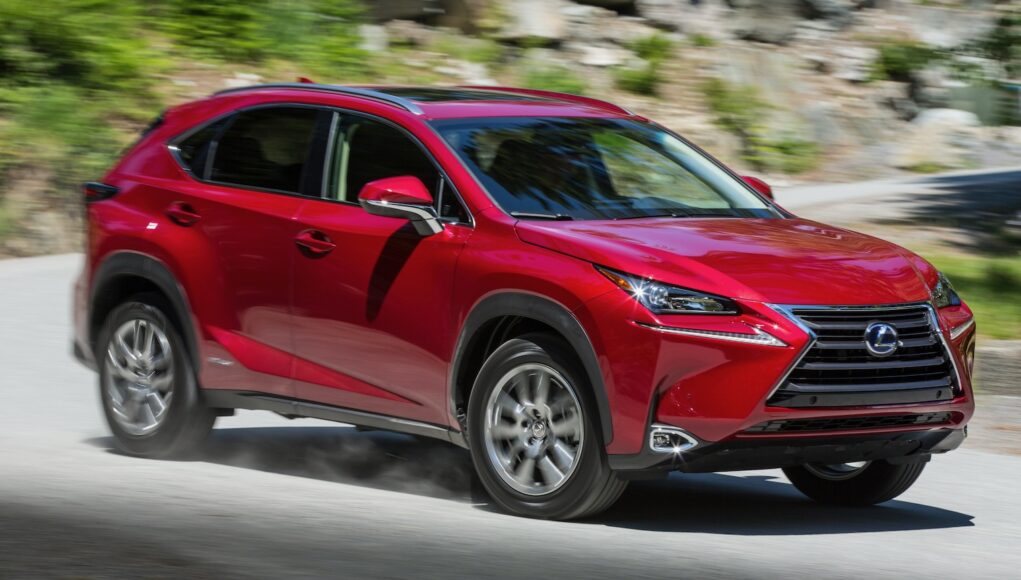 The Lexus NX SUV joined the Lexus lineup in 2014 and since then it’s only received small updates to keep it fresh before the all-new 2022 NX arrives. The 2021 Lexus NX may be a bit long in the tooth, but the NX 300h hybrid is still one of the best small luxury hybrid SUVs. The Lexus NX 300h is an ideal no compromise SUV that gives you all the style of the standard version, but with a fuel efficient powertrain.

Although the current generation NX has been around for quite some time, it still looks modern with its bold grille and sharp lines. But it is showing its age a bit around the edges, like its daytime running lights that aren’t integrated into the headlights, like the latest Lexus models.

While the exterior has managed to not age that bad, inside it’s more obvious that the NX is an older model. Just take a look at the tech features and everything looks dated. In front of the driver there’s only a small digital screen in between the two analog gauges, but what we have more issues with is the infotainment system.

The infotainment system is operated via a touchpad on the center console, which is not easy to use when you’re on the move. You simply drag your fingertip around the small touchpad to operate a pointer on the screen, but it’s slow, clunky and frustrating to use. Luckily this has been addressed in the 2022 NX, which gets a much more modern touchscreen.

Under the hood the NX 300h is powered by a 2.5-liter four-cylinder that’s mated to a hybrid system to give it a total 194 horsepower. Since the NX 300h isn’t a plug-in hybrid it can only operate in electric mode for short distances at slower speeds. The NX 300h also comes standard with all-wheel drive. Normally we hate continuously variable transmissions, but the one in the NX 300h is great, simply because it’s not loud like other CVTs. The powertrain isn’t sporty, but it’s got more than enough power to get you moving down the road.

On the road the NX 300h is a drama free hybrid SUV with an emphasis on comfort. The suspension easily absorbs any of the road’s imperfections and there’s a decent amount of feedback from the steering. The NX also has a nice quiet interior, which is something you expect from Lexus.

While the Lexus NX 300h is showing its age a bit, it’s still one of the best hybrid SUVs you can buy. It’s incredibly comfortable and will keep you from stopping for gas too much – it’s a win-win.