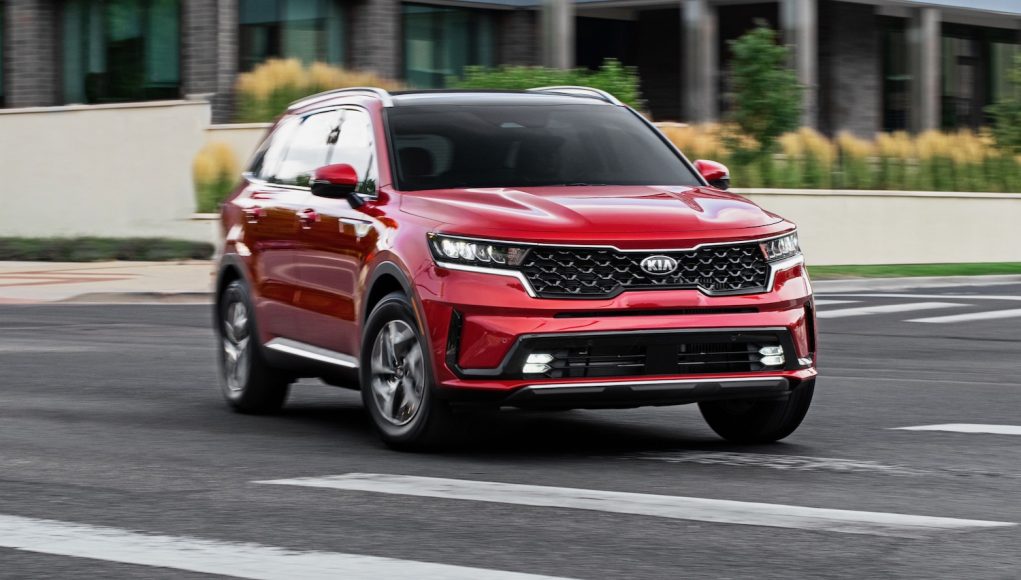 The Kia Sorento has been around for quite a while, but it’s never been offered with an electrified powertrain, until now. With the arrival of the new 2021 Kia Sorento, Kia has introduced the first Sorento Hybrid, which adds more power and fuel efficiency than the base Sorento, making it a compelling version.

At the heart of the Sorento Hybrid is a 1.6-liter turbocharged four-cylinder engine that’s mated to a six-speed automatic transmission. The powertrain generates a combined 227 horsepower and 258 pound-feet of torque, which is an improvement over the base 2.5-liter engine with 191 hp and 182 lb-ft. The Sorento Hybrid has more power than the Toyota Highlander Hybrid, but less than the Ford Explorer Hybrid.

The electric motor gets its power from a 1.5-kWH lithium-ion battery and adds a nice amount of immediate torque, which makes the Sorento Hybrid feel sportier than the base engine. The Sorento Hybrid never feels short on power thanks to the electrification.

The electric motor can also power the Sorento at highway speeds, which helps elevate its fuel-economy ratings. You’ll be surprised to see the EV indicator light come on at 75 mph if you’re coasting down the highway. There isn’t an electric-only mode due to the small battery, but the fact that it can operate in electric-only mode at higher speeds is a benefit over other hybrids, which only allow an EV mode at lower speeds.

The Sorento Hybrid is rated at 39 mpg city and 35 mpg highway, which is an improvement over the base engine that’s rated at 24 mpg city and 29 mpg highway. The only downside is that the Sorento Hybrid is only available with front-wheel drive, so if you need all-wheel drive you’ll have to deal with one of the non-electrified options. If you want an even more efficient version, a Sorento Plug-in Hybrid is available with 32 miles of electric range.

The Sorento Hybrid can only tow about half as much as the standard Sorento at 16,54 pounds compared to 3,500.

On the road, the Sorento Hybrid’s suspension does a great job of providing comfort with not too much body roll. The light steering could have a bit more feedback, but it is still direct.

Inside the good news is that there is room for six passengers, which makes it a perfect choice for families that want a more fuel efficient midsize crossover. While there is a third row, it’s best left for kids, since legroom is a bit tight.

We also wish that the Sorento Hybrid was available in the same more luxurious trim levels as the standard Sorento. It’s only available in S and EX trim levels, which means you have to compromise a bit if you want the more fuel efficient version.

On the safety front, the Sorento Hybrid does get the latest driver-assistance features, like lane-departure warning, lane-keeping assist, and a new blind-spot collision avoidance system. There’s also a nice safe exit feature that warns you of oncoming traffic before you open the door.

The 2021 Kia Sorento Hybrid is a great choice for buyers that want a fuel-efficient family crossover. It has three rows of seats for the whole family and its extra mpg will keep you from having to make too many stops on that family road trip.