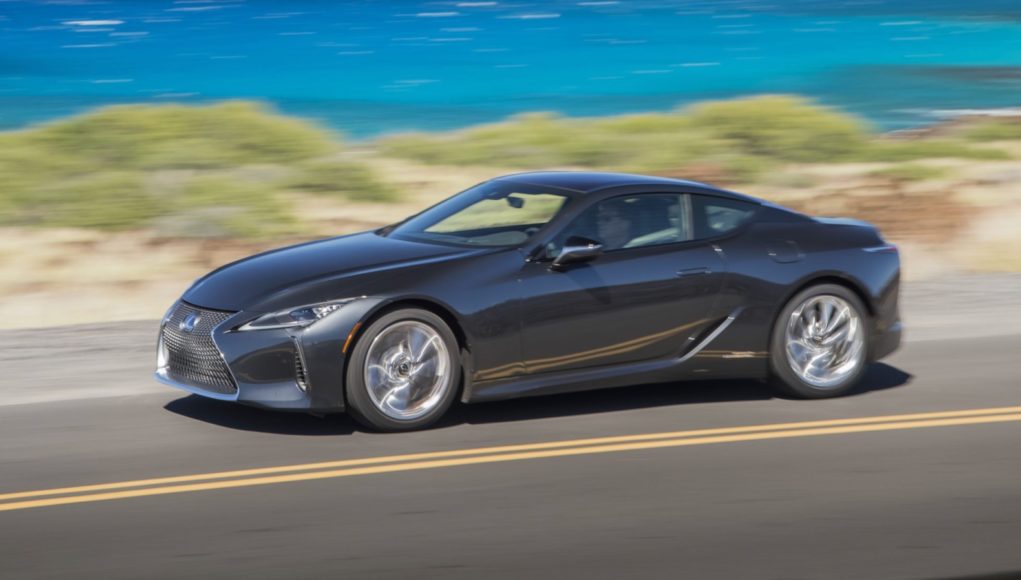 In addition to the introduction of the LC convertible, Lexus has announced several other upgrades for the 2021 LC 500 and LC 500h models. There aren’t any styling changes, which is fine, since the LC is still a stunning coupe.

The suspension has been updated to give the LC a smoother ride and a more connected feeling for the driver. To improve its suspension, the electronic absorber controls of the front suspension were adjusted to increase the length of the stroke and the bound stopper rigidity was optimized to help create a smoother overall suspension stroke. Rigidity has also been increased in the rear stabilizers to enhance front turn-in ability so the driver feels more connected to the road.

Inside Android Auto compatibility has been added, in addition to Apple CarPlay. A Flare Red leather interior is also optional, but the Bespoke White leather has been discontinued.

The LC 500’s 10-speed automatic transmission has received some logic changes and the downshifts in the LC 500h have also been optimized, since it will now downshift into second gear instead of third to improve its acceleration.

Although there aren’t any styling changes, there are two new colors: Cadmium Orange and Nori Green Pearl. There are also refreshed 20-inch wheels with a Dark Graphite finish.