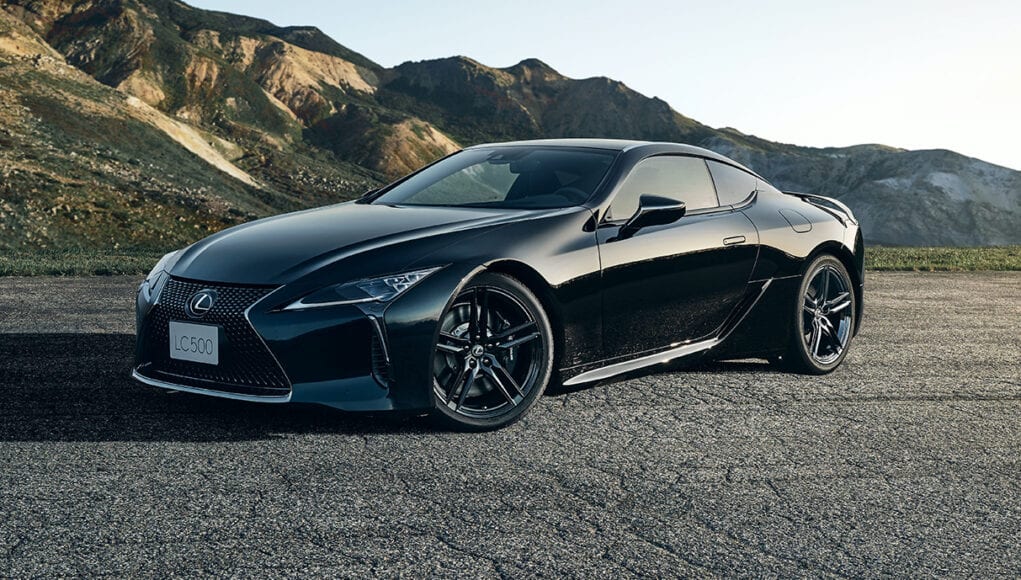 We love the Lexus LC 500 and now Lexus has made it even more appealing with the 2021 LC 500 Inspiration Series. The only sad news is that it’s very limited, since Lexus only plans to build 100 units.

The LC 500 Inspiration Series comes in only one color: dark Obsidian and it rides on unique 21-inch black alloy wheels. It also gets a carbon-fiber reinforced plastic (CFRP) roof and a carbon fiber rear wing spoiler.

Under the hood it’s powered by the same 471 horsepower 5.0-liter V8, but a Torsen limited slip differential has been added. The suspension has also been upgraded with a Yamaha rear performance rod with damper.

Lexus has not announced the pricing for the 2021 Lexus LC 500 Inspiration Series, but it will be available later this winter.