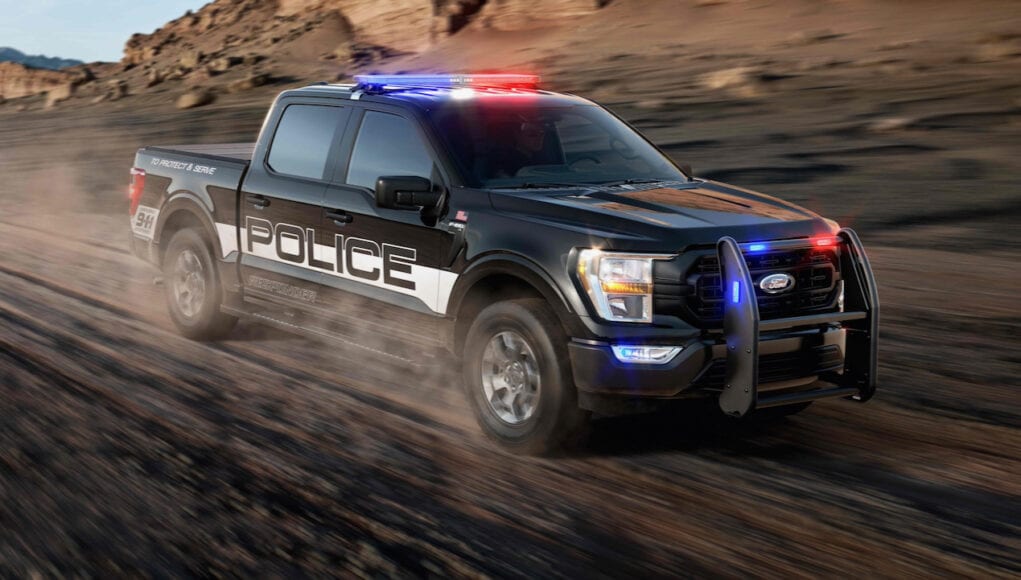 The F-150 Police Responder debuted in 2017 and now we have the new one, which is based on the new F-150 SuperCrew. Under the hood it’s powered by a 3.5-liter EcoBoost V6 that generates 400 horsepower and 500 pound-feet of torque, which is mated to a 10-speed automatic transmission. Ford says that the engine has been “uniquely calibrated” to withstand higher speeds.

The power can be sent to all four wheels via a new torque-on-demand transfer case that includes a new 4-Auto mode, with an electrically actuated clutch that automatically adjusts torque as needed.

There’s also a new feature that lets an officer remove the key from the ignition with the engine running and exit the truck. Agencies can also choose from up to four traditional fleet keys or up to four available fobs with keyless entry per truck.