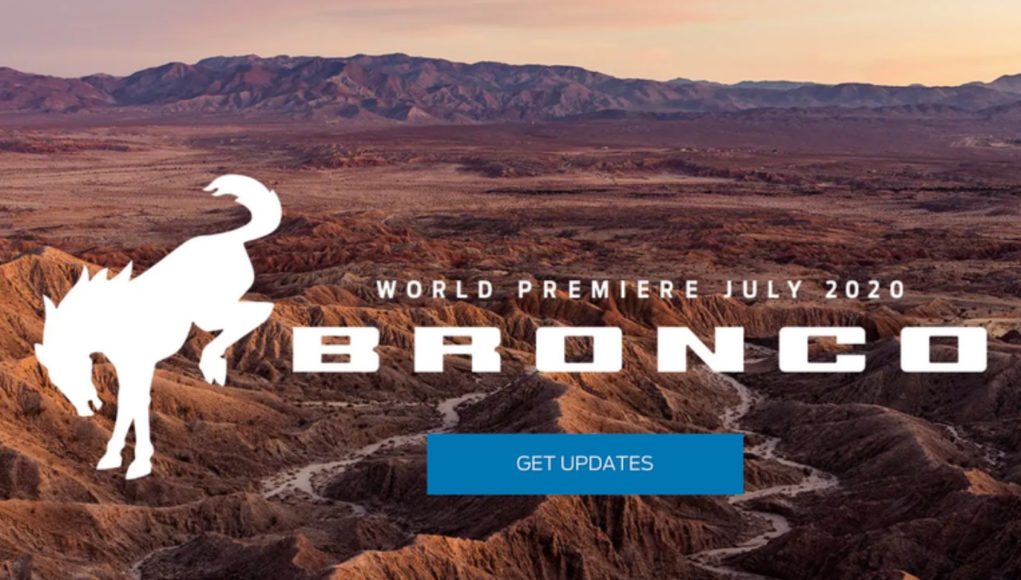 The new Bronco is almost here. Ford has announced that the 2021 Ford Bronco will debut in July, although we still don’t know the exact day.

What else do we know about the new Bronco? It’s expected that the base model will be powered by a turbocharged 2.3-liter four-cylinder, while a twin-turbocharged 2.7-liter V6 will be optional. A manual transmission is also expected.

A new report from Ford Authority also claims that a Bronco Raptor is coming about a year after the new Bronco arrives, which means it will likely arrive for the 2022 model year. The Bronco Raptor is reportedly going to be powered by the same turbocharged 3.0-liter V6 as the Explorer ST. If the specs stay the same, that means the Bronco Raptor will have 400 horsepower and 415 pound-feet of torque on tap.

After its debut next month, it’s expected that the 2021 Ford Bronco will arrive sometime next year with a price tag starting around $30,000.