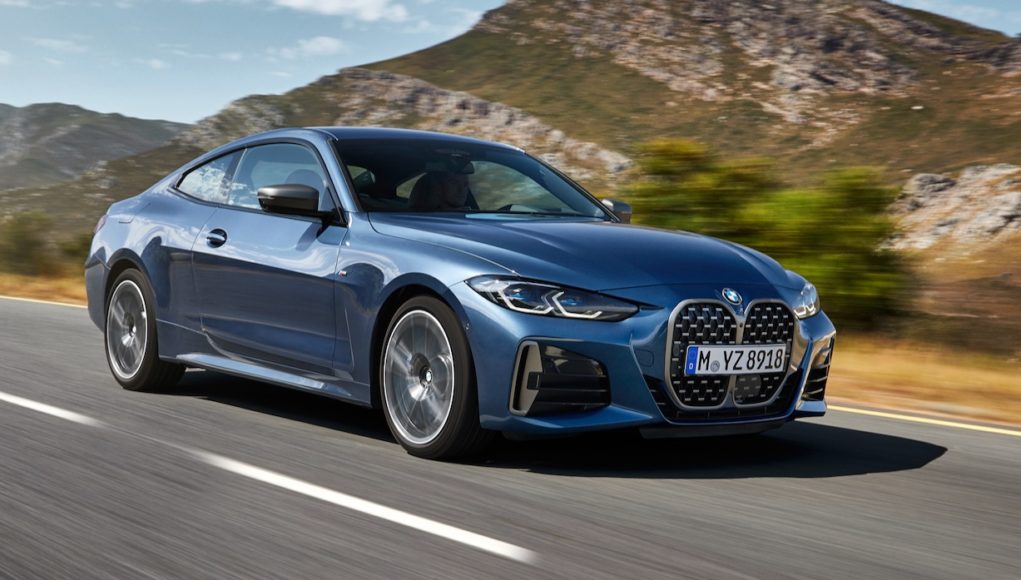 Well it’s finally here. BMW has unveiled the 2021 BMW 4 Series Coupe and just as we expected, the front has the massive kidney grille, just like the concept. The 2021 4 Series also debuts with a new mild-hybrid six-cylinder engine and more tech features.

On the outside, the new 4 Series is pretty close to the Concept 4 that debuted last year and that sleek new exterior is actually more aerodynamic too with a drag coefficient of 0.25 compared to 0.29. Compared to the 3 Series, the 4 Series Coupe is 2.2 inches longer, 1.0 inch wider, and 2.2 inches lower. We’ll have to wait and see how BMW fans respond to that large grille, which dominates the face of the 2021 4 Series.

Both engines are mated to an eight-speed automatic transmission, which means a manual is no longer offered.

Inside the new 4 Series gets BMW’s iDrive 7.0 infotainment system and comes standard with an 8.8-inch center screen and a 5.1-inch digital display in the instrument cluster, a 10.3-inch screen and 12.3-inch digital instrument cluster are optional. The 4 Series also gets a cloud-based navigation system and a new larger head-up display. Wireless Apple CarPlay and Android Auto are also on the list.