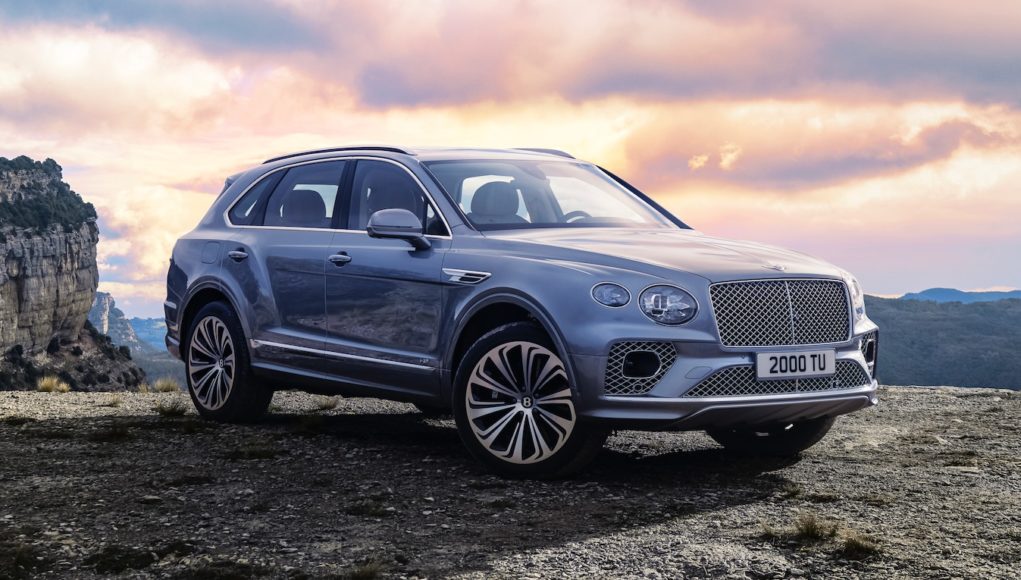 The 2021 Bentley Bentayga has received a long list of upgrades for the new model year, including new styling, updated tech features and even more legroom.

On the outside the 2021 Bentayga has new front and rear fascias to freshen the SUV, which only arrived five years ago. At the front the updates include a new, larger matrix grille that is now more upright. The grille is flanked by new LED headlights that are “inspired by cut crystal glassware”.

At the rear there’s a new full-width tailgate with new oval lights and the license plate has been moved down into the bumper for a cleaner appearance.

Inside the 2021 Bentayga’s interior now has a larger 10.9-inch touchscreen and wireless Apple CarPlay has been added. Rear seat passengers will also like the new optional touchscreen remote control tablet. There’s also a wireless charging pad and USB-C data ports.

There’s also more legroom for rear seat passengers thanks to redesigned seats that now has up to 3.9 more inches of legroom based on the seat position.

Under the hood there aren’t any significant changes, but the rear track has been increased by 0.8-inches. The 2021 Bentayga will arrive with only one engine option, the 4.0-liter twin-turbocharged V8 with 542 horsepower and 568 pound-feet of torque. A W-12 Speed version is coming later in addition to a plug-in hybrid.