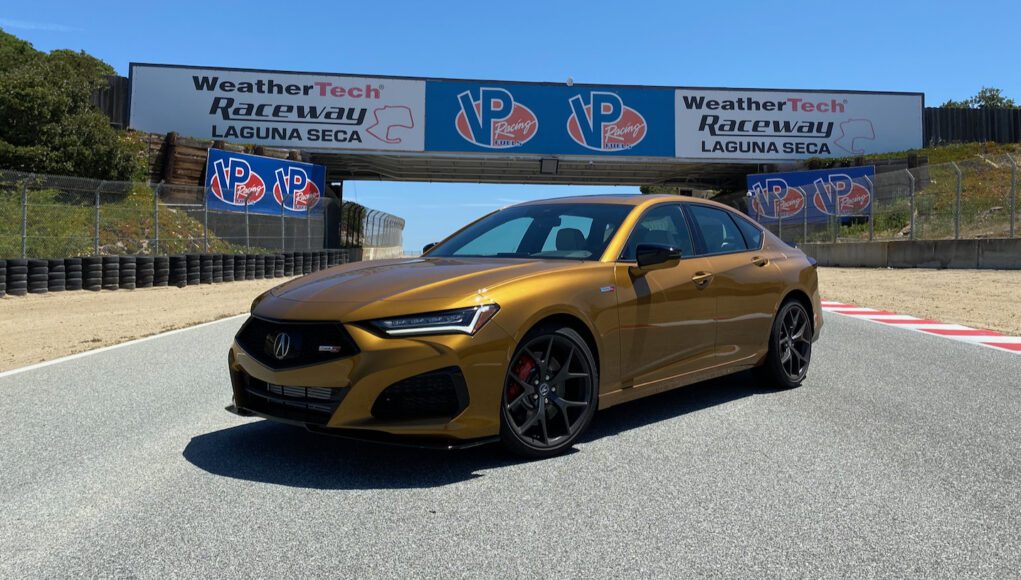 We were already impressed with the 2021 Acura TLX, but what we have been waiting for is the arrival of the sportier TLX Type S. Now it’s here and officially goes on sale in June.

The return of the Type S sub-brand is big news for Acura, as the brand refocuses its energy on “performance”. The TLX Type S is just the first of the new Type S models, since later this year the MDX Type S is arriving. Acura says there will be more Type S models, which means that we can expect a Type S version of the successor to the ILX and maybe even a RDX Type S.

The TLX Type S is powered by a 3.0-liter turbocharged V6 with 355 horsepower and 354 pound-feet of torque, that’s mated to a 10-speed automatic transmission. All that power is sent to all four wheels via Acura’s excellent Super-Handling All-Wheel Drive system. The system can send 70 percent of the torque to the rear wheels and 100 percent of that torque to either the left or right rear wheel.

The engine is not only the big addition, since Acura also updated the chassis and suspension, plus the transmission. Torsional rigidity has increased by 13 percent. The front control-arm suspension gets springs that are 40 percent stiffer and the stabilizer bars are also 9 percent stiffer in the front and 31 percent in the rear. Lastly the transmission shifts 40 percent quicker.

Acura is so confident about the TLX Type S that it invited us to to WeatherTech Raceway Laguna Seca to wring it out on the track. The TLX excels with its ability to speed through the corners with ease, while the all-wheel drive system helps the sedan exit the corners – telling you that it can take on even more speed. Six laps behind the wheel of the TLX Type S was a joy thanks to not only its great handling, but also the electro-servo brakes that have an excellent feel.

We also can’t forget the V6 with its single twin scroll turbo. The engine is responsive and sounds excellent. We do wish that it had a bit more power, especially given how heavy the TLX Type S. The Type S comes with a unique Sport+ driving mode, which amps up the performance even more.

Back on the road, the TLX Type S is a nice upgrade over the standard TLX. The electric power steering has been tweaked with a quicker on-center ratio that gives the steering a faster response. Just like on the track, the engine and transmission respond immediately to your foot. In the Sport and Sport+ modes, the transmission holds the gears longer and adjusts the suspension and steering. There’s also Comfort mode for when you want a more serene driving experience.

The Audi S4 is one of the TLX Type S’s biggest rivals. The TLX Type S is much bigger than the Audi with a length that is 7.1 inches longer. This is why the Audi feels more nimble.

Getting the keys to the TLX Type S won’t be too hard, since its pricing starts at $53,325 or $54,125 if check the box for the high-performance wheels and summer tires, the price jumps to $54,125. For that price, you get lots of standard features, like Milano leather, heated and ventilated front seats, a wireless charger, a 10.2-inch infotainment screen and the ELS Studio audio system with 17 speakers.

If you’re trying to decide between the S4 and the TLX Type S, you might like the fact that the Acura is about $9,000 cheaper than the Audi with similar options.

It’s been 13 years since an Acura wore a Type S badge and we’re happy that it’s back. The TLX Type S is a great sport sedan and we are looking forward to seeing what Acura has planned for the Type S lineup.