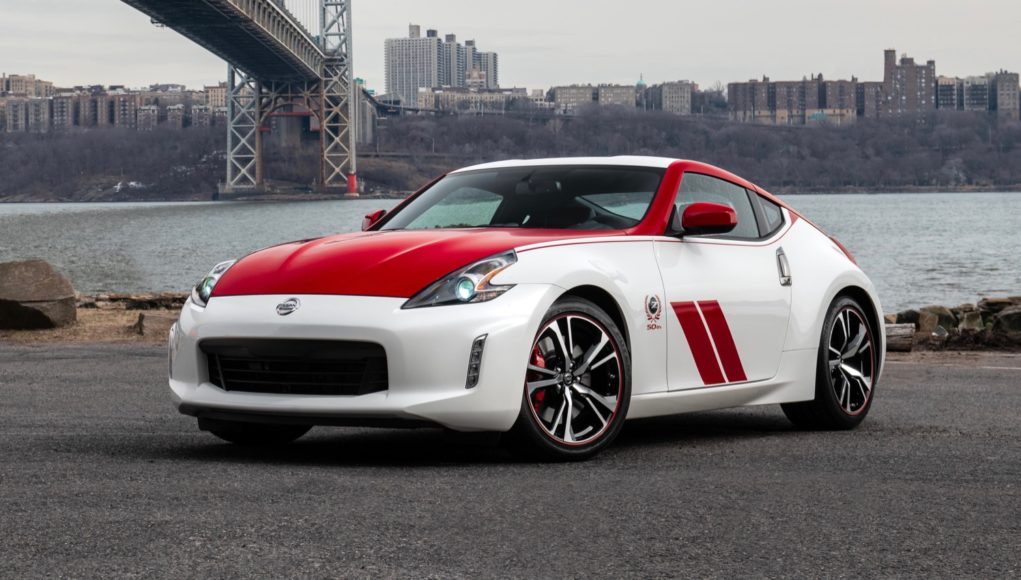 Nissan is celebrating the Nissan Z’s 50th birthday with the debut of the 2020 Nissan 370Z 50th Anniversary Edition, which is debuting this week at the New York Auto Show.

“It’s no secret that the Datsun 240Z started the ball rolling for Japanese sports cars in the U.S.,” said Ivan Espinosa, Nissan’s corporate vice president of global product strategy and planning. “Almost as well known in Z history is how Peter Brock’s competition-tuned 240Z changed the American motorsports landscape. After the BRE 240Z debuted in 1970, Nissan/Datsun became one of the most successful companies in American motorsports – with thousands of victories over the past five decades.”

The 370Z 50th Anniversary Edition is based on the 370Z Sport model. On the outside its livery mimics the original BRE race car and is available in two different paint schemes: white with red accents, or silver with black accents. The exterior gets two signature stripes on the side of the car and the painted trunk, hood, side mirrors and A-pillars in the accent color (red for the white car and black for the silver car).

Inside the special 370Z gets a “50th Anniversary” steering wheel wrapped in Alcantara, leather and suede seats with the 50th Anniversary logo embossed into the backrests, dark chrome accents, and synthetic suede door panel inserts.

The 2020 370Z Anniversary Edition is powered by the 3.7L V6 with 332 horsepower and 270 lb-ft. of torque that can be mated to either a six-speed manual or seven-speed automatic transmission.