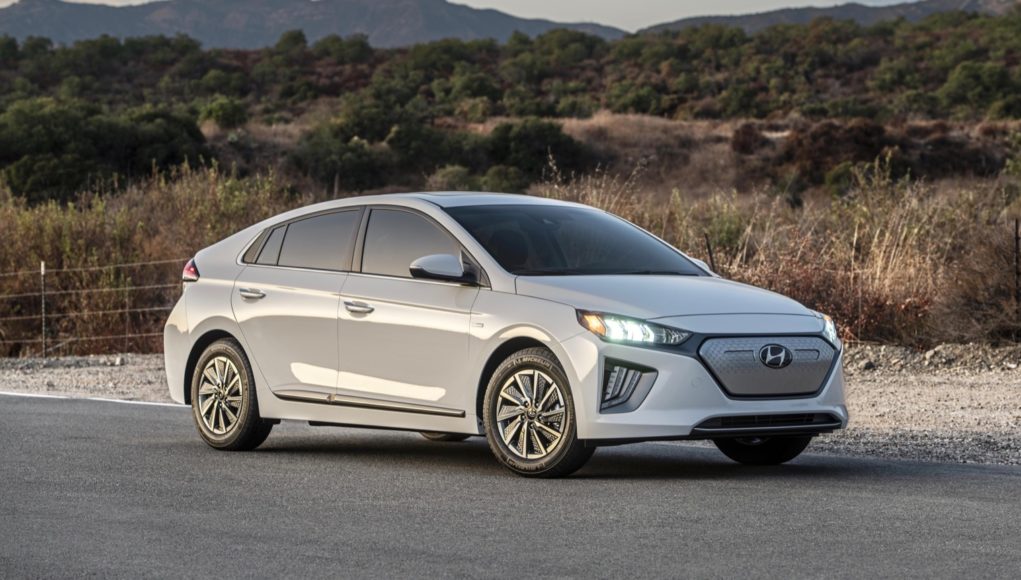 Hyundai has unveiled the updated 2020 Hyundai Ioniq, which continues to be offered in three versions: hybrid, plug-in hybrid and fully electric.

On the outside the 2020 Ioniq now looks a bit more upscale thanks to a new grille, headlights, taillights and wheels. The Ioniq hybrid and plug-in versions get a redesigned mesh-type grille, while the front of the new Ioniq Electric has a new distinctive pattern on the closed grille. All models also get an updated front bumper and a new anthracite gray trim on the rear bumper.

Inside the updated interior now offers an optional 10.25-inch infotainment system. Plus the control panel for the HVAC controls has also been redesigned. The 7-inch LCD console display now has mood lighting to visualize the different drive mode themes.

The 2020 Ioniq Electric now has a larger battery, which has been increased from 28 kWH to 38.3 kWH, which gives it a driving range up to 170 miles. The electric motor also now generates 134 horsepower, up from 118-hp. The on-board charger has also been upgraded to 7.2 kW and charging it on a 100-kW fast charger will charge the battery up to 80 percent in 54 minutes.