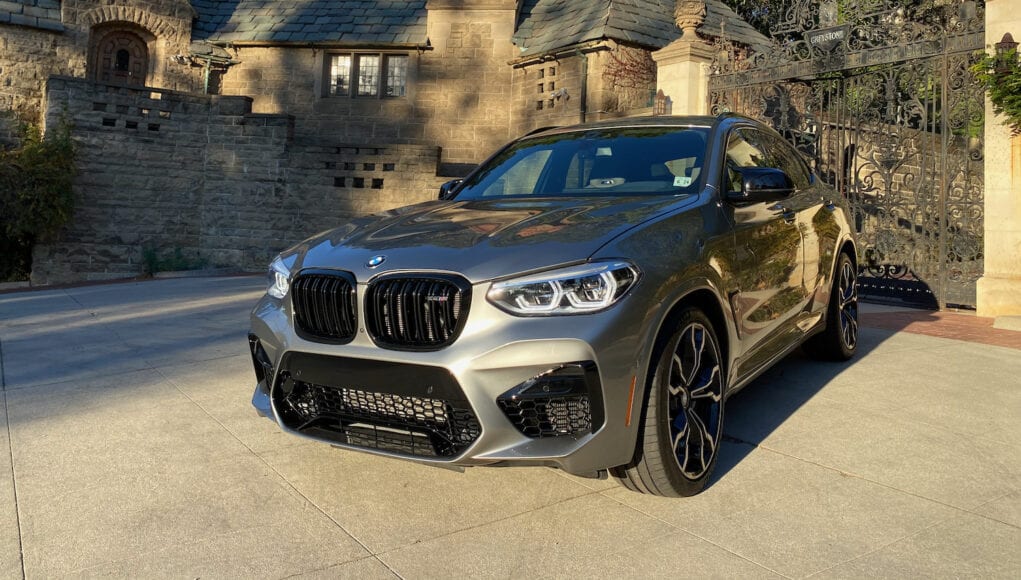 The X4 M Competition is a more powerful version of the already fast X4 M. The standard X4 M is powered by a twin-turbocharged 3.0-liter six-cylinder with 473 horsepower and 442 pound-feet of torque, but the X4 M dials things up a bit more with 503 horsepower on tap. The Competition version gets a re-tuned ECU and revised exhaust system.

All that power is put to the ground via an eight-speed automatic transmission and an all-wheel drive system that’s similar to the system in the M5.

The X4 M Competition can accelerate from 0-60 mph in 4.0 seconds, compared to the 4.1 seconds that the standard X4 M needs.

It’s doubtful that many X4 M buyers will care about the fuel economy specs, which is a good thing since they aren’t great. The X4 M Competition is rated at 14 mpg city, 19 mpg highway and 16 mpg combined.

Sports car buyers may balk at the idea of buying a high performance crossover, since often times the handling is a bit off due to the extra weight that comes with a crossover. With the X4 M, you feel like you’re glued to the road with very little body roll. It loves the twisties almost just as much as the M3 sedan. Even with its extra mass, the X4 M is agile and up for the challenge.

The twin-turbocharged engine is fantastic with so much power that’s ready to go when you are. Around town the engine does well at low speeds, but there is a small amount of turbo lag below 3,000 rpm. The all-wheel drive system also sends the majority of the power to the rear wheels, until it needs more traction from the front. When it comes time to stop the fun, the large brakes (15.6-inch rotors in front and 14.6-inch rotors in back) are up for the task.

There are so many settings, which may be a bit overwhelming at first. There are separate settings (Comfort, Sport and Sport Plus) for the suspension, throttle response and steering. This is in addition to a button to open the flaps in the active exhaust system, settings for the stability control and separate settings to adjust the gearshift aggressiveness. Luckily the two red M toggles on the steering wheel let you save the settings for different drivers.

We found ourselves switching between the Sport and Sport Plus modes for the throttle response, but selecting the sportier driving modes for the suspension made the X4 M’s ride a bit too stiff on the beat up city streets. The other downside is that the steering doesn’t have as much feedback as we’d like even when you switch to the Sport and Sport Plus modes.

Moving past the X4 M’s performance capability, it’s not as practical as mechanically identical X3 M. The coupe-like roofline eats into headroom and cargo space. With 35.5 inches of rear legroom it can be a bit tight for your taller friends and there’s less headroom than you’ll find in the 3 Series sedan. If you’re lucky enough to call shot gun, you’ll like the front seats, which are snug, but not too tight.

On the tech front, the X4 M comes with two displays, a 10.2-inch infotainment system and a 12.3-inch digital instrument cluster. There’s also a nice customizable head up display.

While the X4 M’s styling might not be for everyone, the X4 M is one of the most capable compact performance SUVs that you can buy. It’s also one BMW’s quickest M cars. Call us impressed!