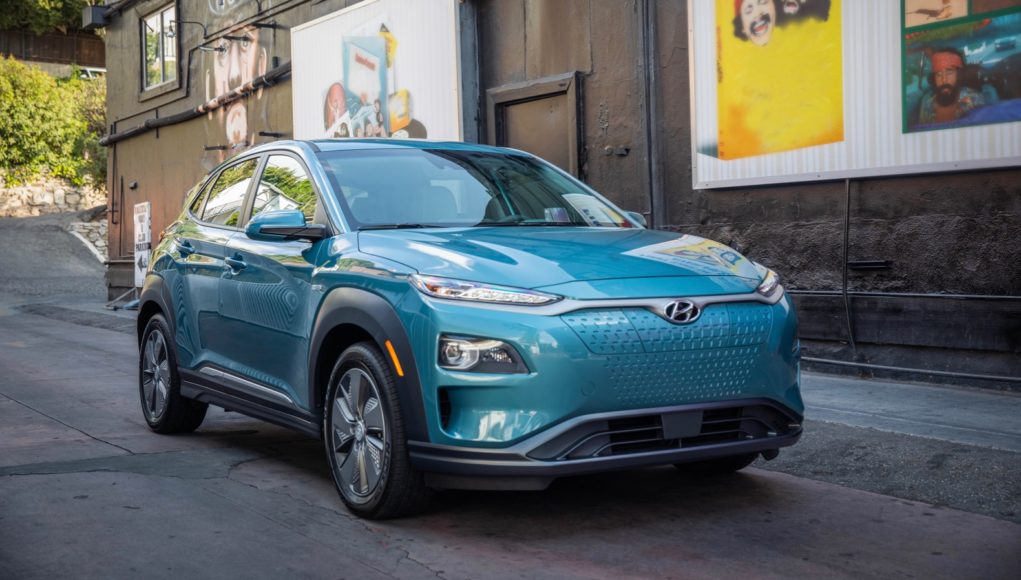 With a 258 mile driving range the 2019 Hyundai Kona Electric alleviates the main reason why buyers have stayed away from electric cars – range anxiety. Yes the Kona Electric can travel further than many other electric rivals, like the Nissan Leaf, but why else should electric car buyers check it out? Well another positive is that the Kona Electric looks and feels nearly identical to the gas powered version, which is a good thing for buyers that don’t want a weird looking EV.

With a 64 kWh lithium-ion battery, the Kona Electric has an EPA-estimated driving range of 258 miles, which is more than you’ll get with the Leaf and even the Kona’s cousin, the Kia Niro EV. Although the Kona Electric is marketed as a crossover, if you need all-wheel drive you’ll be disappointed, since the Kona Electric’s electric motor only powers the front wheels. If you don’t need AWD, you’ll be happy to hear that the Kona Electric drives more like a hot hatch than a traditional crossover. Thanks to its instantaneous torque, the Kona Electric picks up speed fast and picking up speed on the highway doesn’t take that much effort.

Inside the Kona Electric’s interior is nearly identical to its gas-powered counterpart, which means that you don’t have to make any compromises if you decide to go with the zero emissions version. Just like the regular Kona, the interior may feel a bit snug and there’s only 19.2 cubic feet of cargo space with the rear seats up.

The interior is packed with the latest tech features, like an available 8-inch touchscreen with Apple CarPlay and Android Auto connectivity, a head-up display, ventilated front seats, and wireless charging for your cell phone.

With a starting price at $38,045, including the destination fees, the Kona Electric is priced nearly identical to the Chevy Bolt. For the 2020 model year, the Bolt also gets a slightly longer driving range at 259 miles, which makes it an even more direct rival to the Kona Electric.

The electric vehicle segment keeps heating up and the Hyundai Kona Electric is easily one of the best, if you’re looking for a no compromise EV. It can travel further than almost every other EV on the market, while not breaking the bank. Factor in the fact that the Kona Electric is also fun to drive and you’re now running out of excuses to make the switch to an electric car.