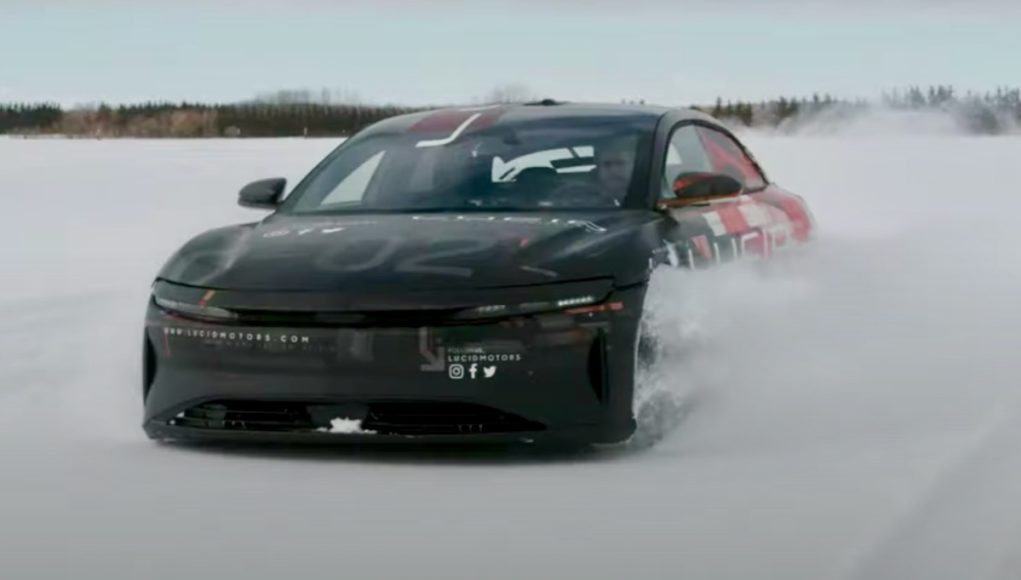 We were supposed to see the production version of the Lucid Air electric sedan at the New York Auto Show, but those plans were postponed due to the coronavirus pandemic. For now Lucid hasn’t announced when we’ll get to see it, but in the meantime it’s released a video of two prototypes undergoing cold-weather testing in Minnesota.

Lucid says that a few months ago the company took two Lucid Air prototypes, Beta 4 and Beta 5 to northern Minnesota where temperatures drop as low as negative 27 degrees Fahrenheit to test its antilock braking, traction control, and stability control systems.

The video shows the prototypes tackling the snow in four courses: a circle track, an ice field, a snow field, and a handling track.

“We’re engineering for precise balance, control, and handling in any situation — a chassis system that analyzes surface conditions, makes hundreds of split-second adjustments, and sends torque exactly where it needs to be to optimize traction.”