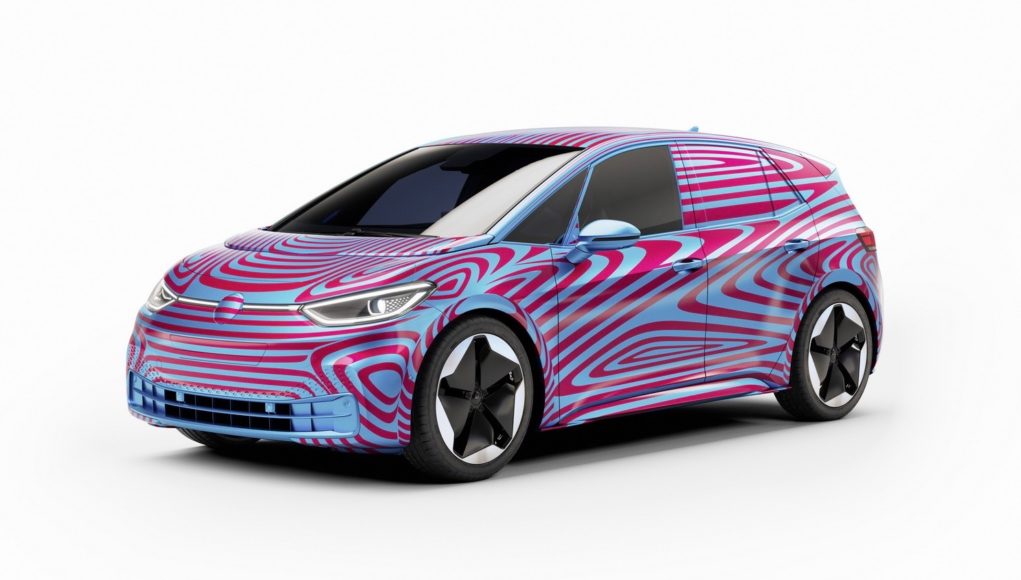 Volkswagen has officially given a name to its affordable electric hatchback, which will be called the ID.3. The VW ID.3 will debut at the Frankfurt Motor Show in September, but VW has announced that it’s now taking orders in Europe for the zero emissions hatchback.

As the first member of the electric ID family, VW chose the “3” part of the name for two reasons. First the number 3 signifies that the ID.3 is part of the compact segment. Second the ID.3 is the third major chapter of strategic importance for the brand, following the Beetle and Golf.

“With the ID.3, we are starting from the center, the Volkswagen brand’s core, in which the majority of the models and sales volume can be found. The number 3 also signals expandability into the segments above and below it. We have a lot in the pipeline,” stated Jürgen Stackmann, Member of the Board of Management Volkswagen Brand for Sales, Marketing & After Sales.

When the ID.3 does arrive it will be offered with different battery options with driving ranges ranging from 205 miles to 342 miles on the WLTP cycle. The cheapest version will start under €30,000 in Germany. VW will also offer the ID.3 1st Special Edition model, which will start at under €40,000.

Production is slated to begin by the end of 2019 with the first deliveries starting in mid-2020.