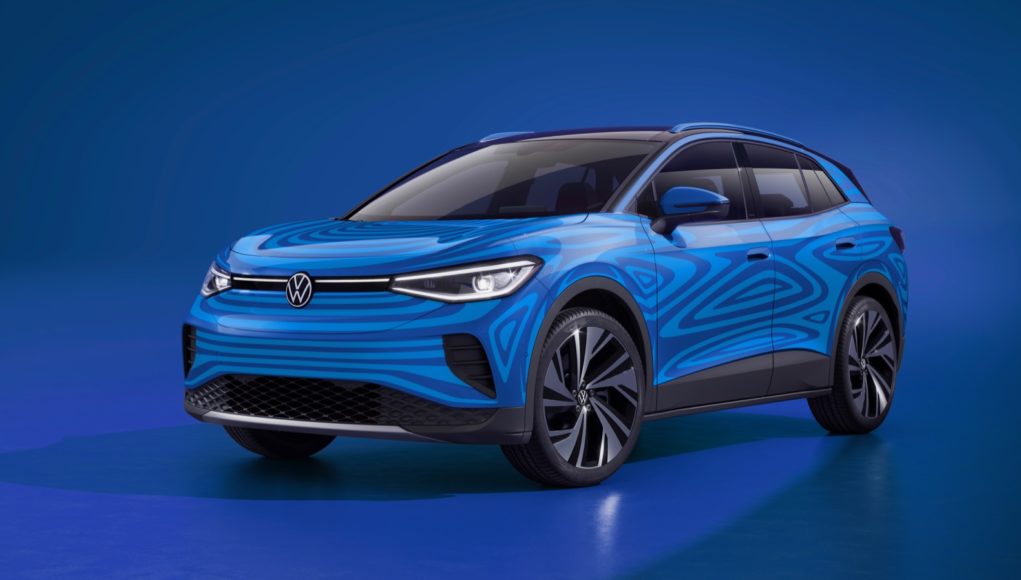 Yesterday it was discovered that Volkswagen has killed off the e-Golf electric car in the US, but that doesn’t mean that VW won’t soon have another EV to offer. VW has released new teasers of the ID.4 electric SUV, which is going to debut in April at the 2020 New York Auto Show.

The ID.4 is the production version of the ID Crozz concept. The ID.4 is the second new EV based on the brand’s MEB platform, following the recent debut of the ID.3 hatchback. Initially when it goes on sale, the ID.4 will only be offered with rear-wheel drive, but eventually an all-wheel drive version will also be added.

VW says that the ID.4 has a driving range up to 310 miles, but that number is likely to be lower once the EPA releases its range estimates.