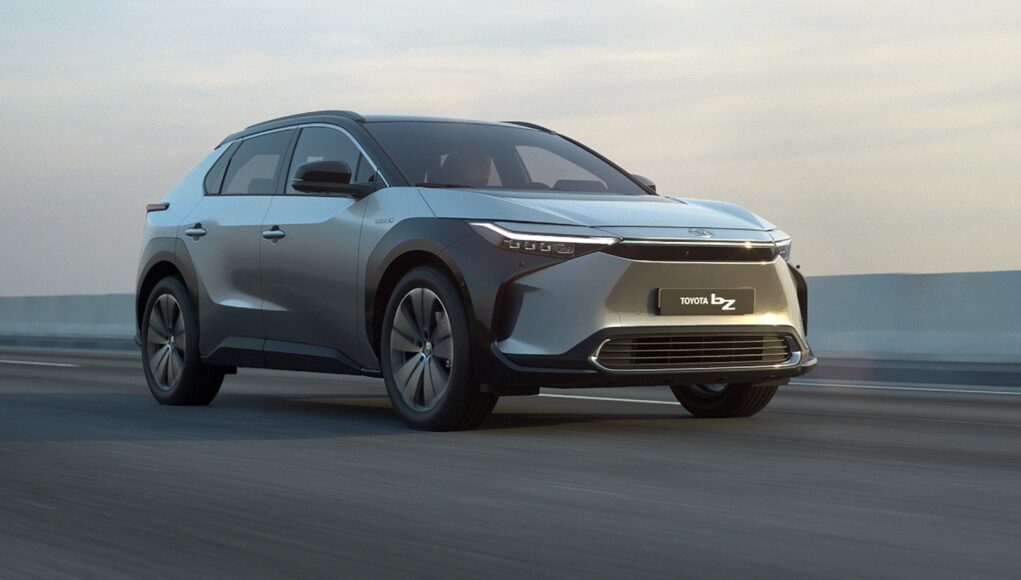 Earlier this year Toyota gave us a preview of its new fully electric crossover with the debut of the bZ4X concept. Now we have our first look at the production version, which hasn’t changed much from the concept.

The 2023 bZ4X is slated to go on sale in mid-2022 and is the first EV from Toyota’s bZ (beyond Zero) sub-brand, which will consist of seven vehicles. The Bz4X is based on the e-TNGA platform and is about the same size as the RAV4.

When it arrives, buyers will be able to choose between two versions. The base model is powered by a single electric motor at the front that generates 201 horsepower and 195 pound-feet of torque. Toyota says that the front-wheel drive bZ4X will accelerate from 0-62 mph in 8.4 seconds and has a top speed of 99 mph.

The all-wheel drive bZ4X is powered by two electric motors, one on each axle that generate a combined 215 hp and 248 lb-ft. The extra power gives the AWD version a 0-60 mph time of 7.7 seconds.

Both versions use a 71.4 kWh battery, which Toyota says gives the base model a range up to 280 miles on the WLTP cycle. That means we can expect a lower range estimate from the EPA in the US. Toyota has also revealed that the bZ4X will be the first production Toyota to be available with a steer-by-wire system, which gets rid of any mechanical connection between the steering wheel and tires.

Toyota has not announced the pricing for the bZ4X.