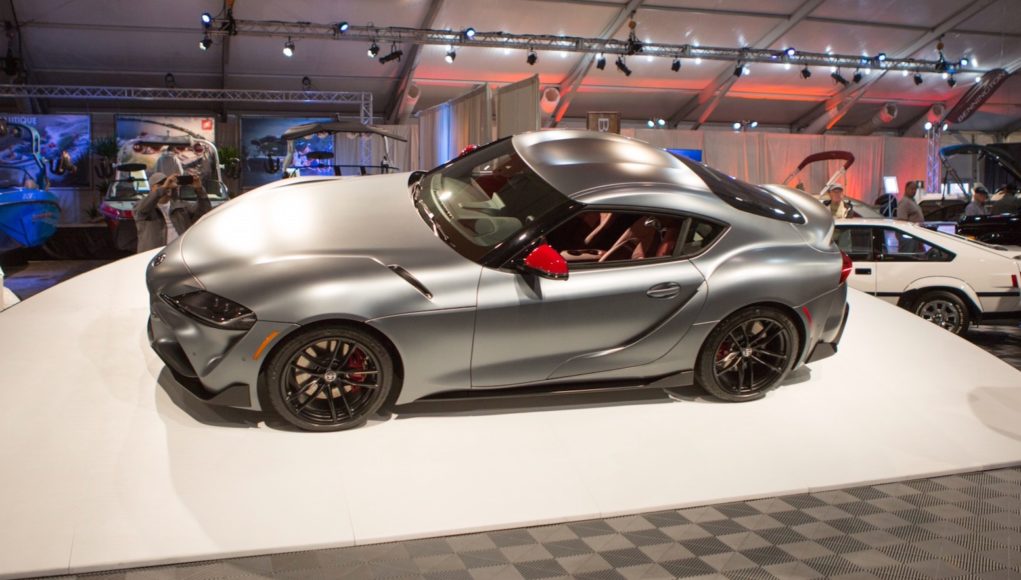 At this weekend’s Barrett-Jackson Auction in Scottsdale, the first production versions of two new sports cars were auctioned off. The first was the 2020 Ford Mustang Shelby GT500 that went for $1.1 million and the second was the 2020 Toyota Supra that went for a whopping $2.1 million.

The fifth-generation 2020 Toyota Supra was only officially unveiled a few days ago at the Detroit Auto Show and now one lucky person got the keys to the first one off the production line. Just like the GT500, the proceeds from the sale of the Supra went to charity. With the Supra the proceeds went to went to support the American Heart Association and the Bob Woodruff Foundation.

“We did the first production 2020 GR Supra justice tonight at Barrett-Jackson,” said Bob Carter, executive vice president of sales, Toyota Motor North America. “When Toyota launches a vehicle of this caliber, you only get one chance to do it right – and this auction was the perfect setting. After 20 years, this marks the return of a legend. Sports car enthusiasts have been dreaming to slide behind the wheel of an all-new Supra – and we’re happy to be a part of turning that dream into a reality.

The first 2020 Supra, which is the only one with a VIN that will end in 20201, is painted in matte gray exterior, with red mirror caps and matte black wheels. Inside it has a red interior and carbon-fiber inserts.