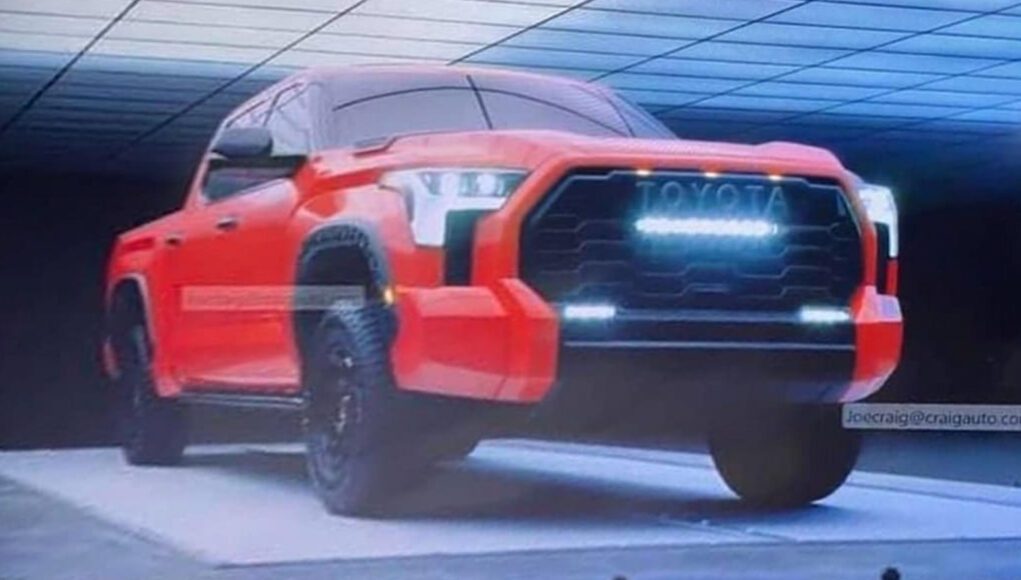 Toyota recently released a teaser photo of the 2022 Toyota Tundra, but now we have our first leaked photos, which were shared by a member of the Tundras.com forum.

The leaked images show the TRD Pro version of the new Tundra, with its black wheels, big fenders and blacked out grille.

Toyota hasn’t released any details about the new Tundra, but it has been rumored that it will get a new turbocharged V6 that will replace the old 5.7-liter V8. We expect that it will be the same 3.5-liter V6 that powers the new Land Cruiser.

A hybrid version is also expected.