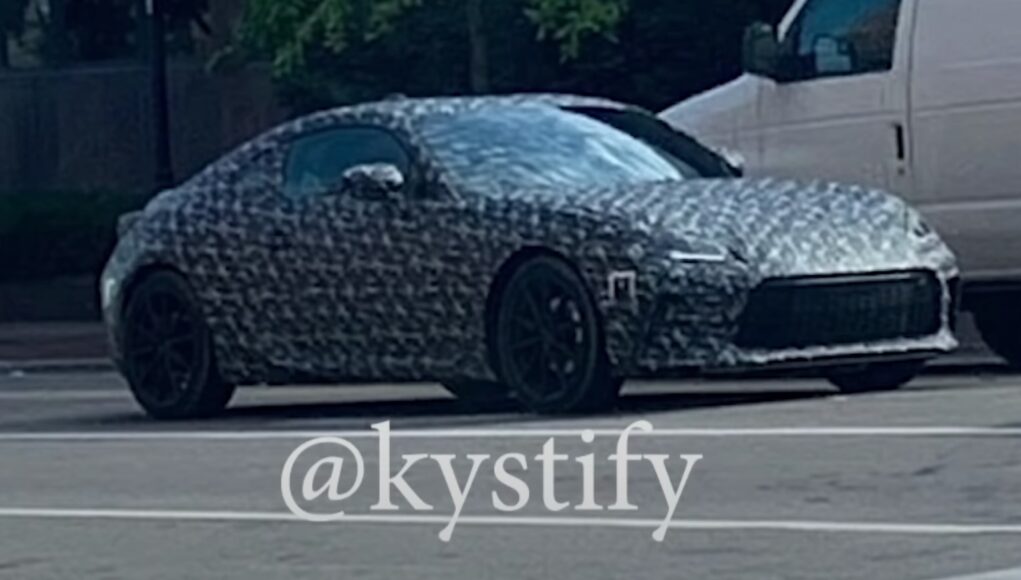 We recently reported that Toyota and Subaru are ending production of the current generation 86 and BRZ, since the next-generation models are coming soon. Both automakers haven’t released any info about the 2022 86 or BRZ, but it looks like a next-gen Toyota 86 was recently caught driving around Michigan.

Instagram user Kystify caught what appears to be the new 86 driving on the streets in Ann Arbor, Michigan. The good news is that we can see the new 86 and BRZ will keep the same shape as the current models, but with a larger grille and thinner headlights. At the rear the taillights also look thinner.

While the shape of the new 86 and BRZ may look similar, there are likely bigger changes under the hood, since it’s being reported that they will both be powered by the turbocharged 2.4-liter flat-four that powers the Subaru Ascent, Legacy and Outback. That means we can likely expect around 260 horsepower, which is a nice improvement over the current 205 hp you get if you opt for the manual transmission.

We should have more info about the next-gen Toyota 86 and Subaru BRZ later this year and they are expected to arrive by summer 2021.