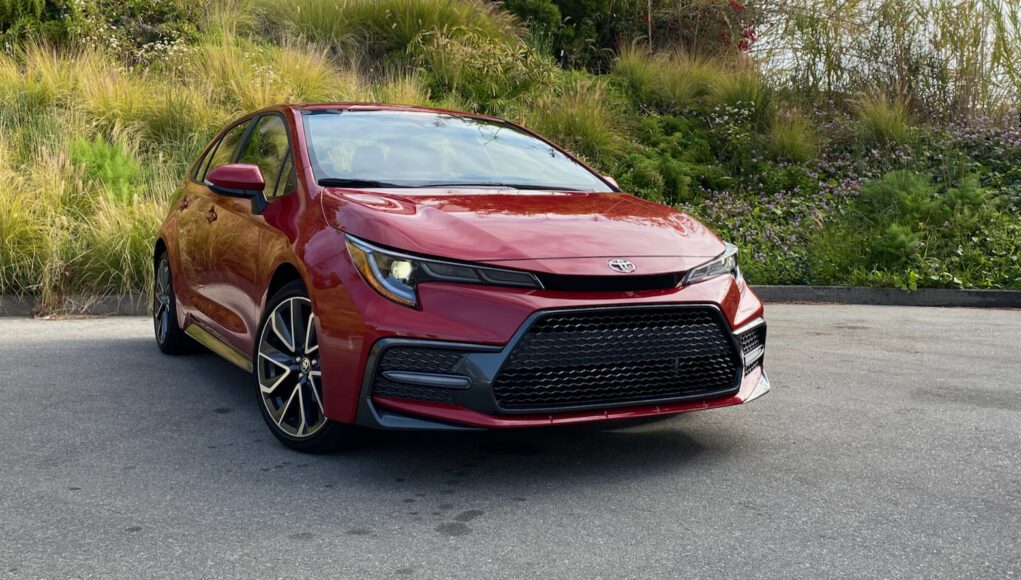 The Toyota Corolla continues its mission of being a value packed, efficient, compact car. While some generations have been extremely boring, the Corolla has still always managed to be at or near the top of the sales charts. That’s a great feat considering how many rivals the Corolla has, which includes the Honda Civic, Hyundai Elantra, Kia Forte and Mazda 3.

The Corolla is now in its 12th generation and thankfully this Corolla has more personality than many of its predecessors. It also offers a sporty hatchback version and next year the lineup will be expanded with the addition of the Corolla Cross, a more carlike crossover than the RAV4.

On the outside the Corolla features a slightly sporty look, but it doesn’t have the premium feel like the Mazda 3 or the more aggressive look, like the new Hyundai Elantra. While we are happy that Toyota has injected more style into the Corolla, it’s still too easily overlooked in the class.

Inside the Corolla’s interior is laid out well, but it’s not very exciting. The interior materials feel cheaper than what you’ll find in the Civic and Mazda3 and the overall design feels a bit dated. You do get a large touchscreen, but it’s graphics already look old and the same can be said about the gauge cluster. We also wish there were ore cubbies to store your gear. Interior space is ample with more room to stretch out than in the Mazda3.

Under the hood there are two engines to choose from. The standard engine is a 1.8-liter four-cylinder with 139 horsepower, while the SE and XSE models get a 2.0-liter with 169 hp. Both engines can be mated to either a CVT or six-speed manual. For buyers that want something more fuel efficient, there’s the Corolla hybrid, which gets 53 mpg city and 52 mpg highway.

We tested the Corolla XSE with the CVT and although it has 169 hp on tap, it still doesn’t feel as peppy as the top versions of the Civic or Mazda3. The engine also is also more coarse than we expect. The CVT is ok, but not as good as the Civic and definitely not as enjoyable as the Mazda3’s six-speed automatic transmission.

Around town the Corolla’s ride quality is acceptable and the stiffer sport-tuned suspension on the XSE keeps body roll to a minimum. Is the Corolla as engaging to drive as the Civic and Mazda3? No. The Corolla’s steering feedback is ok, but if you want a sportier compact sedan, go with the Mazda3.

At the end of the day, the 2021 Toyota Corolla is a stylish, compact sedan that is packed with features to appeal to buyers that are on a budget.