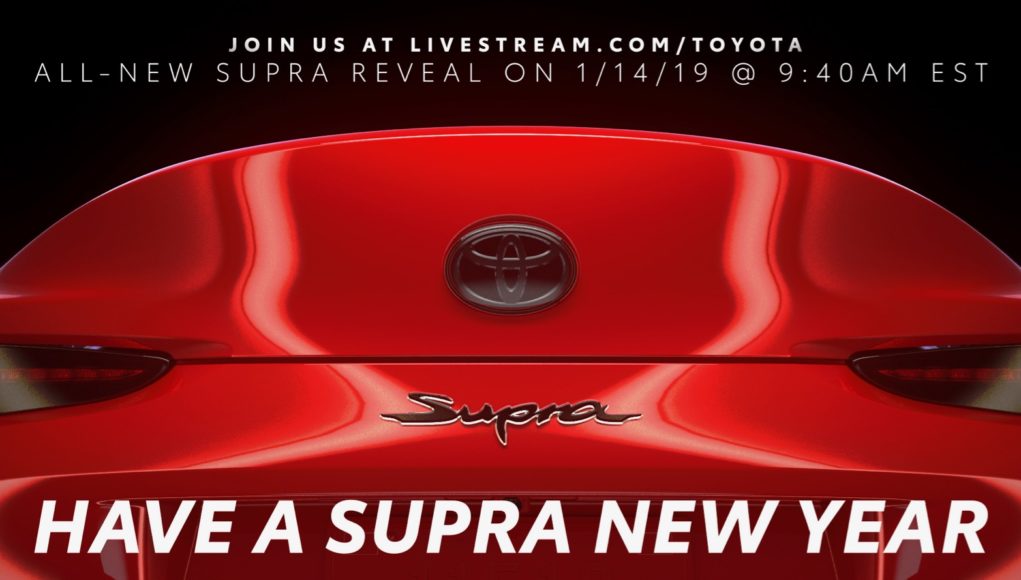 Toyota is almost ready to unwrap the 2020 Toyota Supra, which is finally going to debut on Monday January 14 at 9:40 am EST.

We’ve already seen a few leaked photos of the 2020 Supra, so this latest teaser of the rear of the new Supra doesn’t really show off something that we haven’t seen yet.

Toyota says that this will be the last teaser of the 2020 Supra before its debut, but then again that might change, since Toyota also says that its “subject to change.”

We’ll have to wait until next week to get all the details, but it’s expected that the 2020 Supra will be offered with a 2.0L turbocharged four-cylinder and a 3.0L inline six-cylinder in the US. Pricing for the six-cylinder Supra will reportedly start in the $60k range, but the four-cylinder will be able to shave at least a few thousands off that starting price.

Stay tuned. Toyota will be livestreaming the Supra’s debut here.

Toyota Land Cruiser is reportedly done in the US after 2021