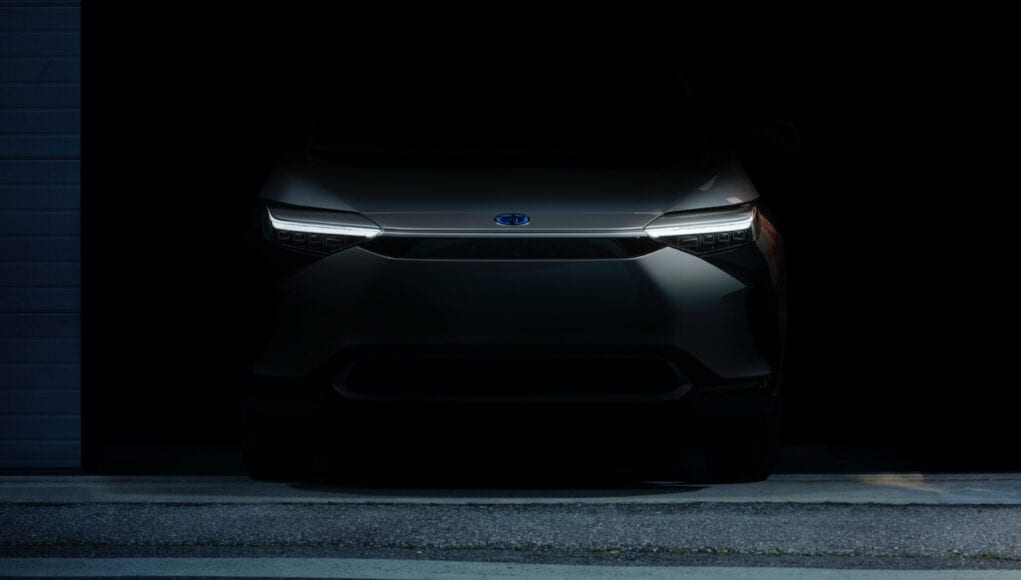 Two years ago Toyota and Subaru announced that they were teaming up to create a new dedicated platform for electric vehicles. Now we’re about to see the first of these new EVs with the debut of a new Toyota electric SUV at Auto Shanghai, next week.

The new electric SUV will likely be part of Toyota’s new “Beyond Zero” (BZ) electric sub-brand. The single teaser image reveals the SUV’s face with its slim LED headlights.

The new electric SUV will be based on Toyota’s e-TNGA platform and it’s expected that it will be a midsize SUV.

We will have to wait and see if the concept we’re going to see next week is a preview of the brand’s new global electric SUV. If it is we can expect it to come to the US and Subaru will also sell a version as well.