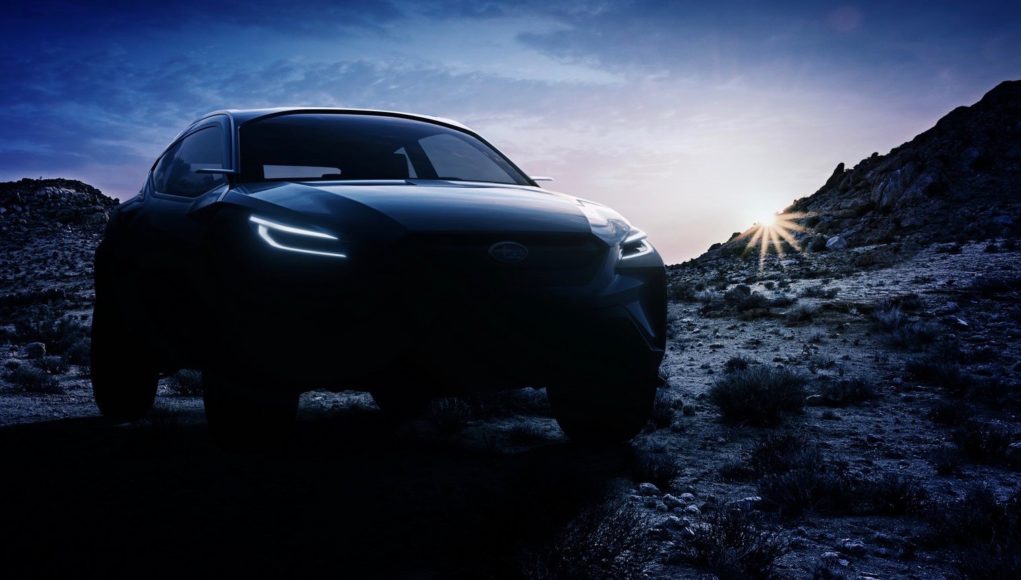 Subaru has announced that it’s bringing a new concept to the 2019 Geneva Motor Show – the Subaru Viziv Adrenaline concept.

We’ll have to wait until next month to get all the details about the Viziv Adrenaline concept, but Subaru has released a teaser. From this dark shot we can see that the concept is an aggressively styled crossover.

The “Viziv” name stands for “Vision for Innovation” which might hint that the concept is a preview of a future small crossover.

Subaru also plans to show off two electrified models at the show as well that will be powered by its “e-Boxer” tech.