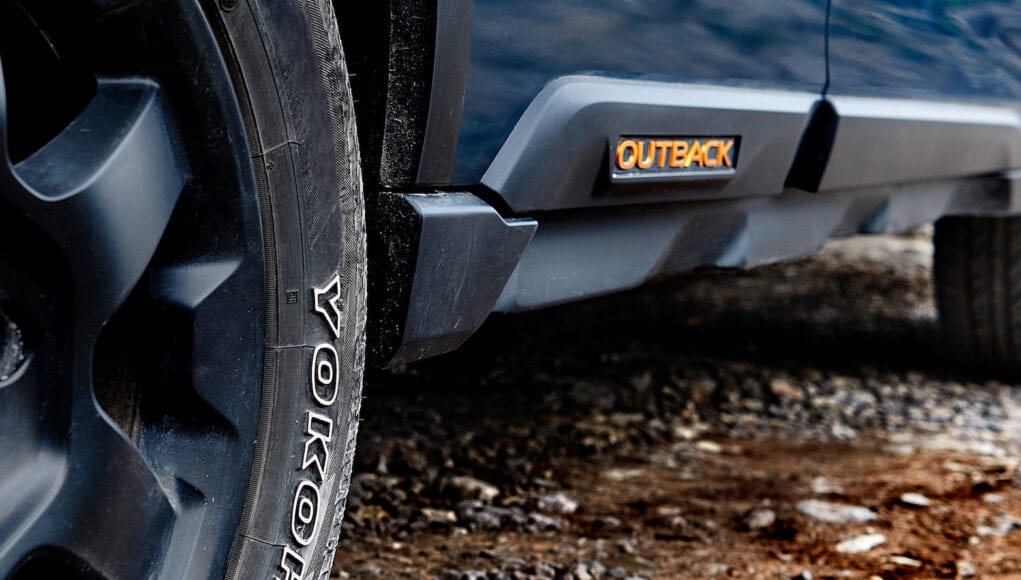 Subaru is working on an even more rugged version of the Subaru Outback, which is expected to be called the Outback Wilderness. Subaru has released a teaser of the new Wilderness version, which is going to debut on March 30.

“The legendary Outback is the most rugged, most capable vehicle in the Subaru lineup.  But what if Subaru pushed things further? Or went higher?”

This teaser photo of the Outback Wilderness shows that it will ride on black alloy wheels that are wrapped in Yokohama all-terrain tires. There are also new rocker panels and the Outback badge is orange. We can also expect the Wilderness version to have a higher ride height than the 8.7-inches that the standard Outback has.

It’s rumored that other models will get their own Wilderness version as well, including the Forester.

The Subaru Outback Wilderness will debut on March 30 at 11 a.m. ET.