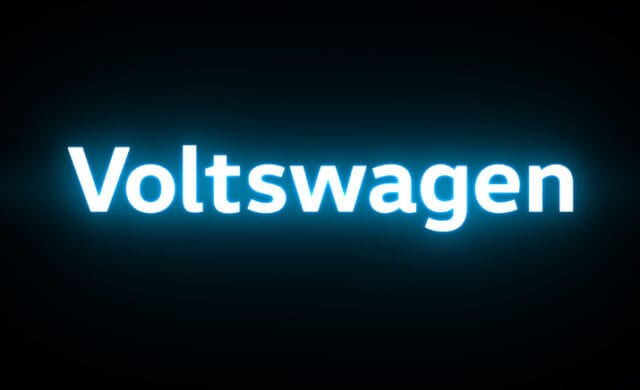 No this is not an April Fools Joke. Volkswagen has decided to change its name to Voltswagen to align with its electrified future. “More than a name change, “Voltswagen” is a public declaration of the company’s future-forward investment in e-mobility.”

“We might be changing out our K for a T, but what we aren’t changing is this brand’s commitment to making best-in-class vehicles for drivers and people everywhere,” said Scott Keogh, president and CEO of Voltswagen of America. “The idea of a ‘people’s car’ is the very fabric of our being. We have said, from the beginning of our shift to an electric future, that we will build EVs for the millions, not just millionaires. This name change signifies a nod to our past as the peoples’ car and our firm belief that our future is in being the peoples’ electric car.”

The Voltswagen badge, in light blue will be placed on the exterior of all EV models, while gas powered vehicles will retain the VW badge in dark blue.