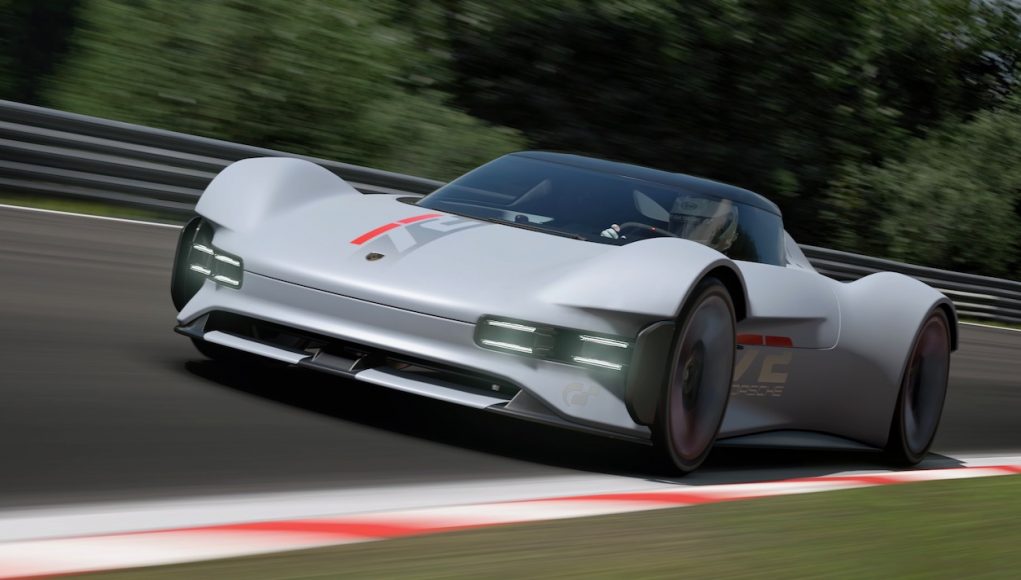 The latest Gran Turismo 6 let fans virtually drive several concept cars from some automakers, like Mercedes-Benz and Lamborghini. Now we’re getting ready for the arrival of Gran Turismo 7, which is due to arrive on March 4, 2022. When it does drop, there will be at least one new car to race, the Porsche Vision Gran Turismo.

“A vehicle designed purely for the virtual world opens up exciting possibilities for us that are otherwise heavily regimented in a regular design process for a series production car,” says Michael Mauer, Vice President Style Porsche. “Projects such as the Porsche Vision Gran Turismo are particularly valuable for us in the creative process. Further developing our clearly defined Porsche Design DNA and exchanging with designers from other industries is an important part of our work.”

The Vision Gran Turismo’s design does draw some inspiration from the Taycan, like its headlights and air intakes at the front and the full width light strip at the rear. Inside there’s a curved hologram display above the steering wheel and a low seating position.

“We spent a long time considering the right material design consisting of carbon and titanium. The aim was to reduce weight while increasing performance,” says Markus Auerbach, Head of Interior Design at Porsche. “In addition, sustainable aspects also play a role in forward-looking projects. For example, we only used entirely vegan materials in the concept car.”

If you have a Playstation 4 or 5, enjoy Porsche’s latest contribution.

Porsche expands its “Paint to Sample” program with over 160 colors